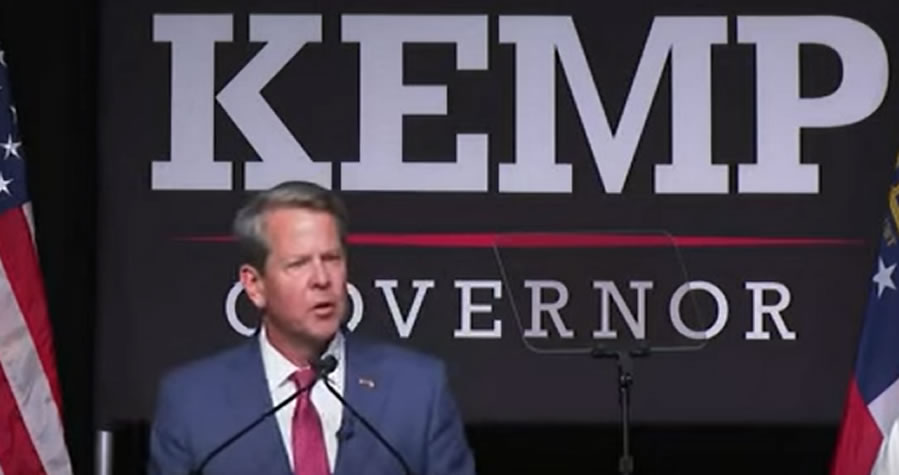 With 23% of precincts reporting when the race was called, Kemp held 73.1% of the vote, while Perdue had just 22.3%. Longshots Catherine Davis, Kandiss Taylor, and Tom Williams divvied up the remaining vote.

Perdue told supporters that he had called Kemp to concede and was “fully supporting” the incumbent, the Atlanta Journal-Constitution reported.

“Tomorrow morning you are going to hear me going to work to go to work to make damn sure Stacey Abrams is not the next governor of Georgia,” he said.

Kemp will face off against Democratic nominee Stacey Abrams in November for the second consecutive gubernatorial election. Kemp defeated Abrams in 2018 and has held a consistent polling lead over the Democrat this time around.

Tuesday’s election was marked by massive turnout during Georgia’s early voting period, with the state secretary of state’s office tallying 483,149 Republican early votes and 368,949 Democratic early votes as of Friday.

The impressive early voting numbers come one year after the state came under fire for passing an election reform bill which President Biden slammed as “Jim Crow in the 21st century.”

Georgia also saw a spike in absentee voting in the primary, with at least 29,220 Republicans voting absentee compared to 14,795 in 2018 while 31,704 Democrats voted absentee this year compared to 12,051 during the last midterm election.