‘Get a f***ing grip!’: Jon Stewart EXPLODES On Newsweek For Claim He Accused J.K. Rowling Of Antisemitism 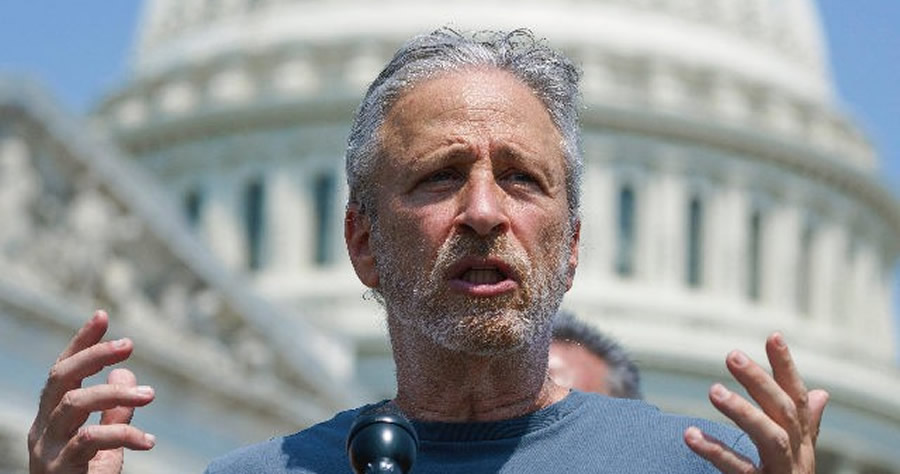 Newsweek published an article on Tuesday that declared “Stewart has hit out at J.K. Rowling over anti-Semitic caricatures in the Harry Potter books and movies, and questioned why there is not more outrage over the goblins in the franchise.”

‘I cannot stress this enough — I am not accusing J.K. Rowling of being anti-Semitic,’ Stewart said in a video shared to Twitter Wednesday attempting to put an end to the drama surrounding his comments.

‘She need not answer to any of it. I don’t want the Harry Potter movies censored in any way. It was a lighthearted conversation. Get a f***ing grip!’

The report was apparently news to Stewart, who condemned the magazine for taking a “light-hearted conversation” and using it to drum up controversy for clicks. Newsweek shared the report on Twitter and Stewart responded, “No I didn’t,” before elaborating in a video. Stewart explained that he recently discussed Bar Mitzvahs on his podcast when a guest joked about which chapter of Harry Potter the Jewish ceremony occurred in. 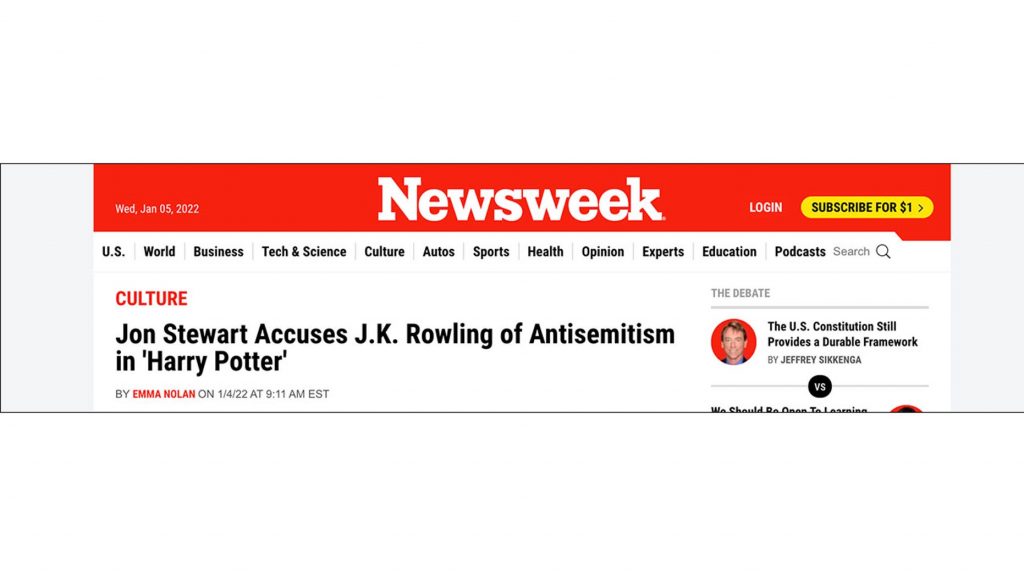 “There is no reasonable person that could have watched it and not seen it as a light-hearted conversation amongst colleagues and chums having a laugh, enjoying ourselves about Harry Potter and my experience watching it for the first time in the theater as a Jewish guy and how some tropes are so embedded in society that they’re basically invisible, even in a considered process like movie making,” Stewart said.

“This morning I wake up, and it’s trending on Twitter and here is the headline from Newsweek, ‘Jon Stewart Accuses J.K. Rowling of Antisemitism,’” Stewart continued. “Let me just say this, super clearly, as clearly as I can… Hello, my name is Jon Stewart. I do not think J.K. Rowling is antisemitic. I did not accuse her of being antisemitic. I do not think that the Harry Potter movies are antisemitic. I really love the Harry Potter movies, probably too much for a gentleman of my considerable age.” 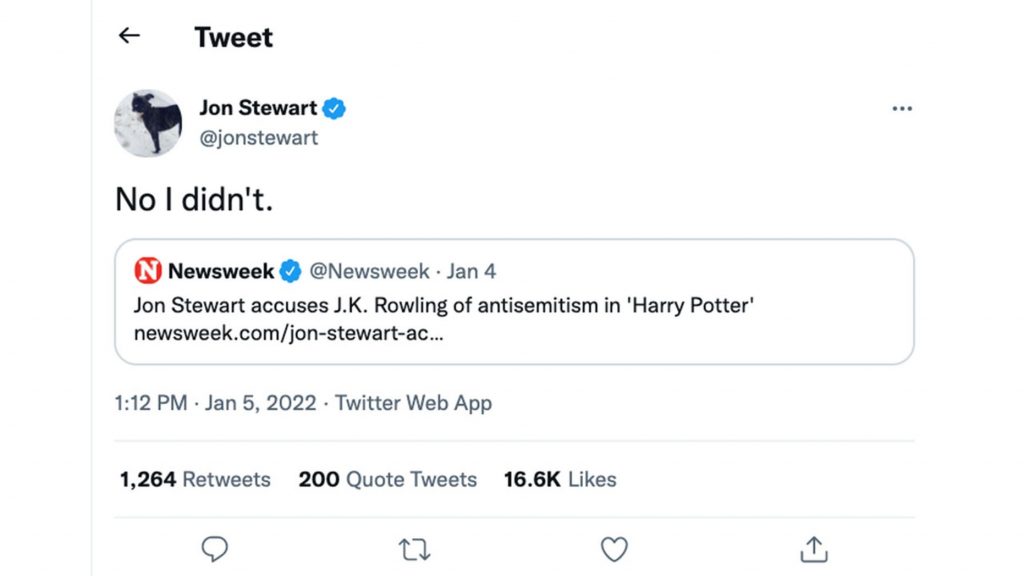 “The Problem With Jon Stewart” namesake then turned his attention to Newsweek itself, scolding the publication’s business model.

“So let me say this instead to Newsweek: Your business model is f—–g arson,” Stewart said. “And not the good kind of arson where they light stuff to control it and prevent forest fires in the future. The kind of arson where you’re on the mountain and you’ve got f—–g five minutes and you don’t know where the dogs are. Like, that’s your business model and now all the sh-theads pile in to ridiculously out-of-context nonsense that you put out there.”

“Let me tell you something, Newsweek – you used to mean something. You know what I mean? You were my go-to at the airport when the kiosk was out of TIME magazine. Boom, roasted,” Stewart said. “Again, I cannot stress this enough. I am not accusing J.K. Rowling of being antisemitic. She need not answer to any of it. I don’t want the Harry Potter movies censored in any way. It was a light-hearted conversation, get a f—–g grip.”