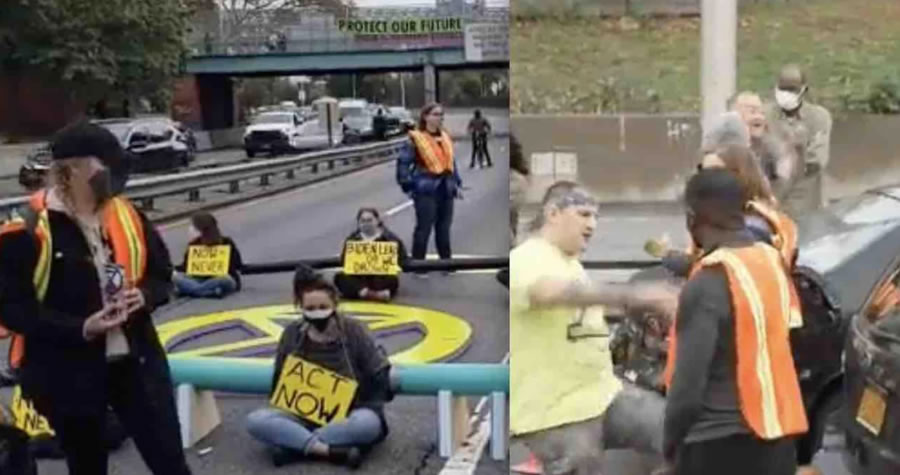 Northbound lanes of FDR Drive were closed at Jackson Street in Manhattan before 9 a.m., WPIX-TV reported.

Extinction Rebellion NYC was behind the stunt, the station said, adding that the group was calling on President Joe Biden to push environmental reforms with the “Build Back Better” plan. Biden was scheduled to visit New Jersey Monday to pitch the plan, WPIX added.

Video cameras captured the road blocking as it unfolded:

#BREAKING Traffic backed up in Manhattan as climate protesters block the FDR Drive during rush hour.

Protesters appeared to have chained themselves in the roadway and are using vehicles to block the way. pic.twitter.com/ysnUABXJOo