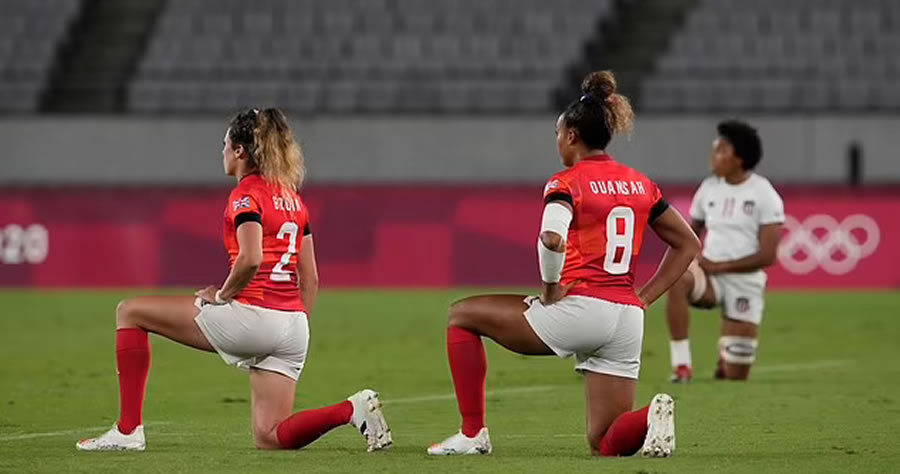 NBC has seen ratings for the Olympics plummet this year compared to the 2016 and 2012 games, it has been revealed.

The network admitted it had seen ‘underwhelming ratings’ for the Tokyo Olympics, amid a backlash at athletes protesting the the American flag and national anthem, and empty stadiums due to the coronavirus pandemic.

Just 14.7 million viewers tuned into the Tokyo games during primetime on July 26, a decrease of 49 percent on 2016’s Rio games, and 53 percent on the 2012 games in London, Fox News reported.

The opening ceremonies also saw the lowest viewership since 1988.

Officials believe the coronavirus pandemic played a role in the lack of viewership.

‘The Olympic spirit is a bit dampened this year,’ Patrick Murray, director of the Monmouth University Polling Institute in New Jersey, told Fox.

‘The delay from last year and lack of spectators have taken the edge off the typical anticipation and excitement for this event. But the emergence of Black Lives Matter in the sports world has also led to a backlash among some Americans.’

The Tokyo Olympics have featured several acts of athlete protest.

Hammer thrower Gwen Berry turned away from the American flag during the national anthem.