Giuliani Blasts Heckler At Israel Day Parade: ““You are a jackass… You are a brainwashed a**hole… ” [VIDEO] 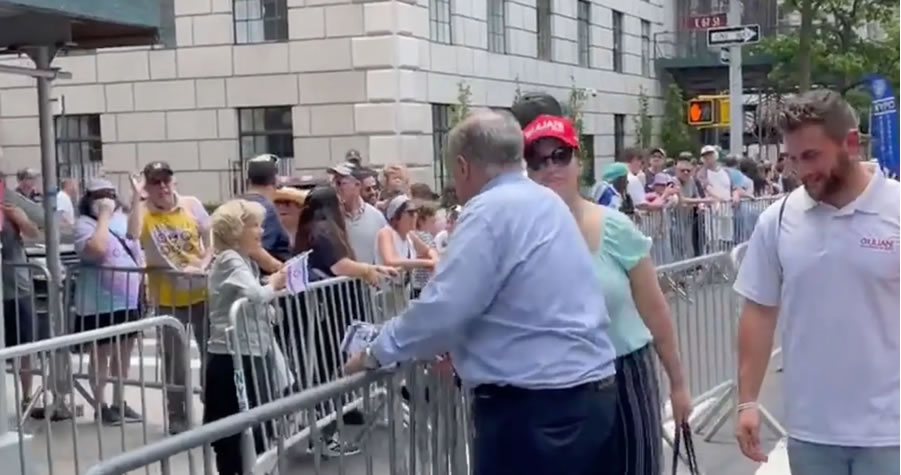 Rudy Giuliani erupted on a heckler during a parade to celebrate Israel on Sunday, calling the man a “jackass” and a “brainwashed a-hole” while defending his record as the city’s mayor.

Giuliani could be seen on video shouting at the unidentified man at 5th Avenue and 62nd Street after the heckler got under his skin during the Israel Day Parade.

“Crime was down 55% under me, it’s up 40% under him,” he shouted while leaning over the police barricades, in apparent references to Mayor Eric Adams and recently released NYPD data.

It’s unclear what the man said to Giuliani — the ex-personal lawyer for former President Donald Trump — that prompted him to yell back in fury.

The recent “Masked Singer” contestant and critic of Mayor Eric Adams then shouted: “I reduced crime, you jackass!”

A 35-second video posted on Twitter by The Forward reporter Jacob Kornbluh captured the exchange.

Marching behind Mayor Adams is @RudyGiuliani who gets into a shouting match with a Democrat.

“You are a jackass… You are a brainwashed asshole… you are probably as demented as Biden,” Giuliani told the guy