‘Go F*ck Yourselves’: Meghan McCain Rips Suggestion That Many Marines Are Neo-Nazis After Death Of 11 Marines In Kabul 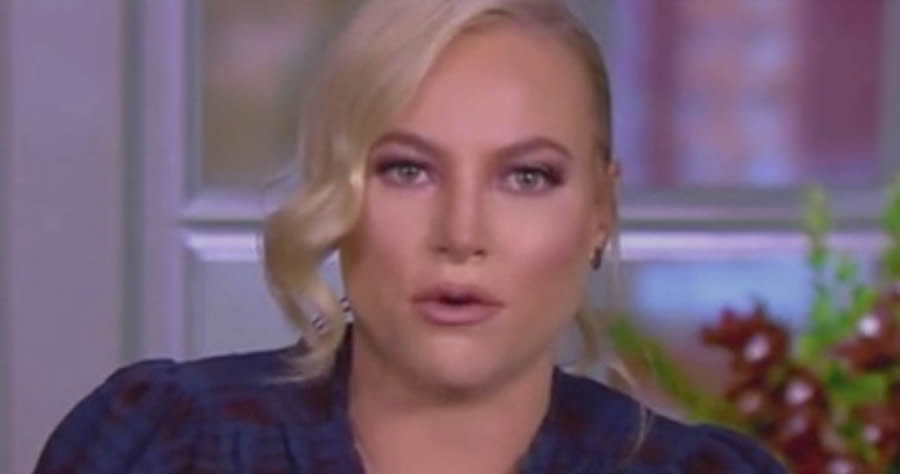 Meghan McCain ripped Vice for suggesting that many U.S. Marines are neo-Nazis following the death of at least 11 Marines in explosions in Kabul, Afghanistan.

“Go fuck yourselves,” the former co-host of “The View” tweeted Thursday to her hundreds of thousands of followers.

McCain’s tweet included a retweet of a post from Vice that read, “While many vets are being outed as far-right extremists, one branch keeps popping up when it comes to neo-Nazis: The United States Marine Corps.” It included a link to a Vice article under the headline, “Why Are So Many Marines Neo-Nazis?”

The outlet has since deleted the tweet, but was screenshotted and can be viewed below. 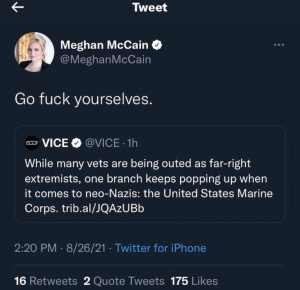