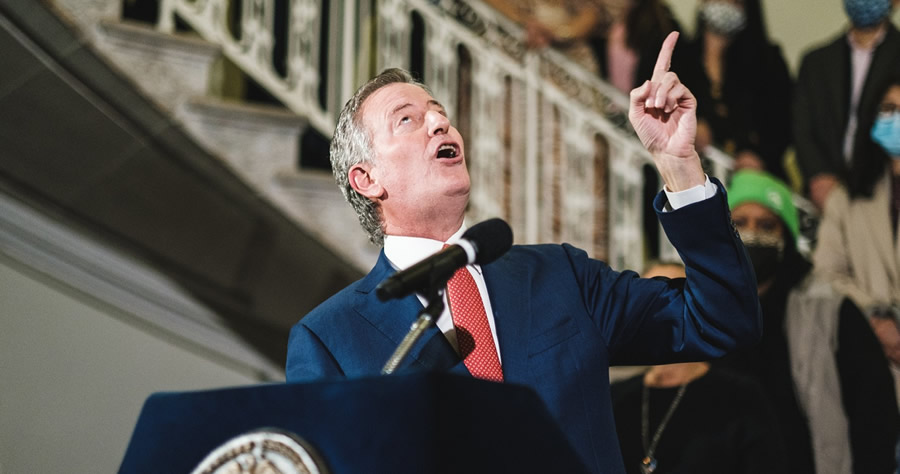 In his novel “Anna Karenina,” Tolstoy writes that “All happy families are alike; each unhappy family is unhappy in its own way.”

Something similar can be said about New York City mayors: Successful ones share policies and leadership traits, while the failed ones chart individual paths of doom.

Over the last five decades, Gotham has experienced both. The successful mayors — Ed Koch, Rudy Giuliani and Michael Bloomberg — stand tall because they took office in times of crises and turned New York’s fortunes around. They had their warts, but each left the city better off than when he started.

Something the late Sen. Pat Moynihan said of Koch could be said of Giuliani and Bloomberg, too. “He gave the city back its spirit,” Moynihan told me.

It was a key insight that illustrates the fact that while policies matter, the best policy without an infusion of indomitable optimism and determination will come to little. A zeal to succeed can also overcome policy mistakes.

Conversely, two of the three failed mayors — Abraham Beame and David Dinkins — had their spirits crushed by the problems they faced. Beame, during his time as comptroller, helped to create the fiscal crisis that swamped his mayoralty, and Dinkins was largely paralyzed as violent crime and disorder soared on his watch.

Protesters gathered outside City Hall on Thursday with anti-de Blasio signs, including one reading: Buh-bye sh*t head. Thanks for f***ing up our city’ 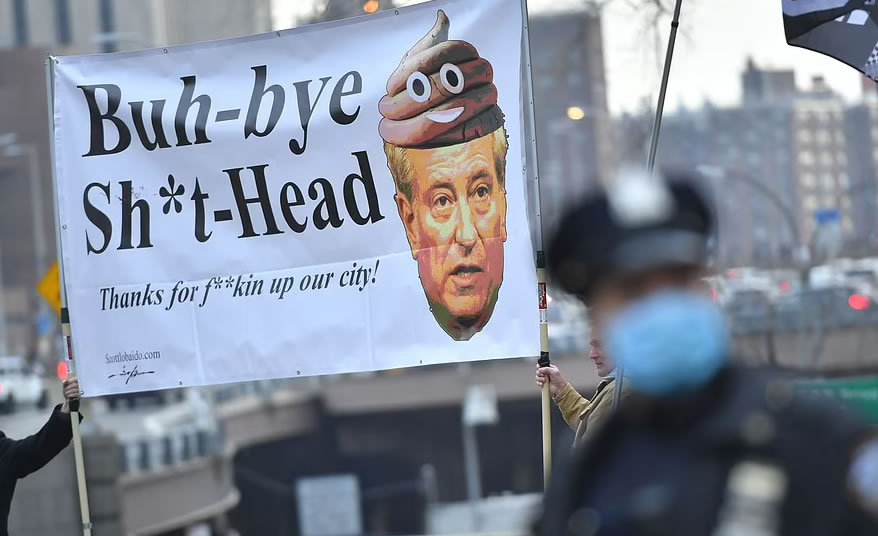 De Blasio is handing over New York City to Eric Adam with the worst murder rate in ten years, though he has used the pandemic as an excuse for the skyrocketed crime. ‘The last two years have been thrown off by the perfect storm of Covid, there’s no question,’ he said.

As of Thursday, the city has recorded 481 murders which has been fueled by an increase in gun crime, according to city data.

The last time the city hit 500+ murders was 2011, under then-Mayor Michael Bloomberg, when homicides ended up totaling 515.

But the numbers have climbed since, up to 462 in 2020 during the lockdown phase of the COVID-19 pandemic in the city, which also saw stores hit by looting, and riots in the wake of George Floyd’s murder.