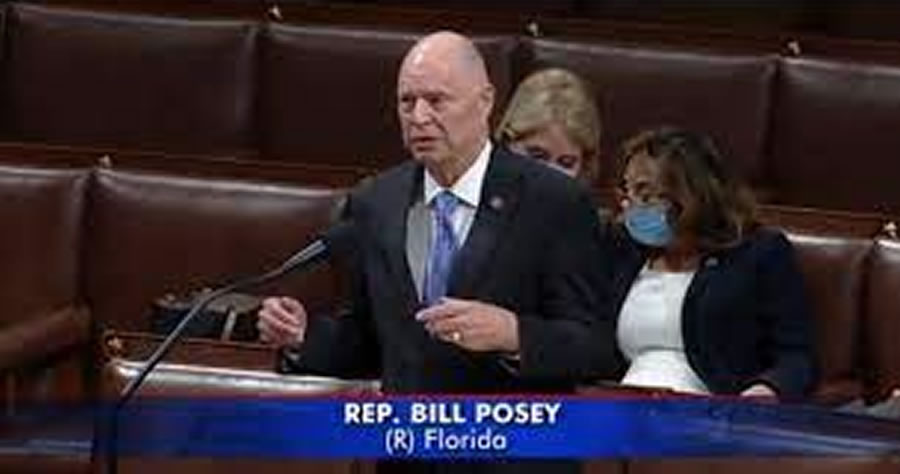 A Republican congressman ended a floor speech on Thursday by saying, “Let’s go, Brandon!” — elevating a clean version of a popular anti-Biden chant.

Rep. Bill Posey, R-Fla., took to the House floor on Thursday and blasted President Biden’s Build Back Better economic agenda as being unable to “pass a straight-face test.”

“Based on the false promise that he would unify America, President Biden got into the Oval Office,” the congressman said. “And my friends on the other side of the aisle gained a razor-thin majority in the House and Senate.”

“But you know, we know, we all know, everybody knows the unification promise was a lie, and your majority is going to be short-lived,” he added. “So you must feel compelled to rush through a radical agenda before the midterms.”