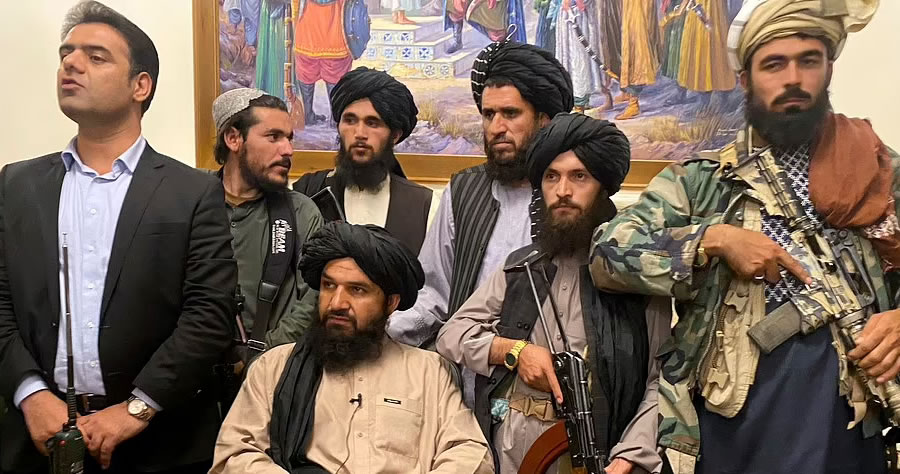 Republican lawmakers on Sunday blasted the Biden administration’s withdrawal of U.S. troops from Afghanistan while the Taliban inched closer to taking over Kabul as images of Chinooks evacuating embassy staff from the capital city prompted comparisons to America’s exit from Vietnam.

“It’s a very dire situation when you see the United States Embassy being evacuated. In fact you just had President Biden a few days ago saying you wouldn’t see helicopters evacuating the embassy like Saigon, and yet here we are,” Scalise said.

Rep. Michael McCaul (R-Texas) said on CNN’s “State of the Union” that Biden is “gonna have blood on his hands” over the withdrawal of U.S. troops and subsequent swift takeover by the Taliban, who captured provincial capitals in a matter of days, culminating with the near capture of Kabul on Sunday morning.

“They totally blew this one. They completely underestimated the strength of the Taliban,” said McCaul, the top-ranking Republican on the House Foreign Affairs Committee.

Reports on Sunday indicated that Afghan President Ashraf Ghani had fled the country, while U.S. citizens in Afghanistan were told to shelter in place amid reports that the airport, where embassy staff had been evacuated to, was under fire. CNN reported that the American flag had been taken down at the embassy.

Other Republican lawmakers spread blame for the quickly deteriorating situation on Biden and the Trump administration, which had negotiated its own plan with the Taliban to have U.S. troops leave the country by May 1.