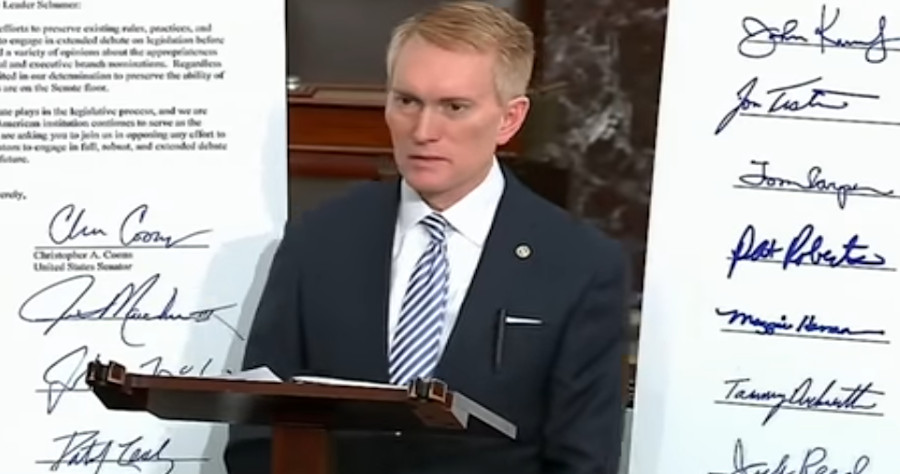 Republican Sen. Roger Marshall on Wednesday argued the Biden administration is turning U.S. border agents into “ushers,” given the record numbers of encounters of migrants at the southern U.S. border.

Marshall and other Republican senators joined on Capitol Hill to tell reporters the U.S. is on track to see about 2 million illegal immigrants cross the border this fiscal year.

“This White House has turned our border patrol into ushers, a maître d saying ‘come on across our border,’ ” said Marshall, of Kansas.

Oklahoma GOP Sen. James Lankford said 1 million more illegal immigrants will be crossing the border within six weeks after the Biden administration decides to lift Title 42 – imposed during the start of the COVID-19 pandemic to keep immigrants from entering the country and spreading the virus.

“Biden’s plan to lift Title 42 at our border is a recipe for chaos during an already out of control crisis at our border,” Lankford tweeted.

He also said he would object to “all” Department of Homeland Security nominations that Senate Majority Leader Chuck Schumer brings to the floor until DHS “provides us a plan that will end the chaos.”

Lankford sent a letter to his colleagues informing them that he will also offer a resolution of disapproval when the Title 42 order is lifted. ​​​​​​

Lankford repeated his warning at a news conference that over 1 million migrants will arrive at the border if Title 42 is lifted and  slammed the Biden Administration for lacking a border plan post-Title 42.

Texas Republican Sen. John Cornyn said the border patrol expects a “tsunami” at the border post-Title 42 and they could lose control.

Ohio GOP Sen. Rob Portman said there is a backlog of 1.5 million of asylum cases and the administration’s asylum policies are attracting more migrants to the border from their home countries.

“The system is attracting people to the border, particularly kids and families,” he said. “It’s the pull factor.”

Texas Republican Sen. Ted Cruz said the Democrats who were outraged over “kids in cages” under the Trump administration don’t “give a flip” about the large amount of kids in cages under Biden.

North Carolina GOP Sen. Thom Tillis said the administration should follow the Trump administration’s “Remain in Mexico” policy, which he argued would help reduce the number of illegal encounters at the border.