GOT EM! Breaking Indictment Exposes Rod Rosenstein For Who He Really Is … 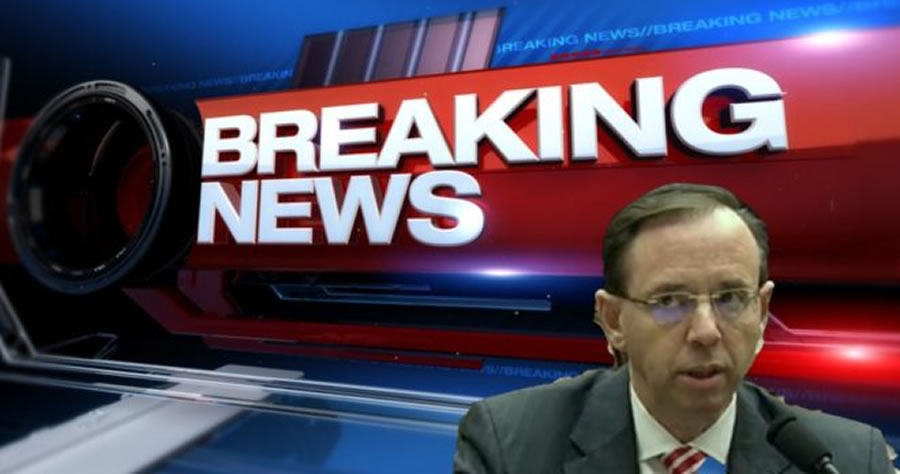 It breaks my heart to type this, but if we are being honest (and we always strive for perfection when it comes to honesty and accurate facts here at the Beltway Report), the United States’ ‘Department of Justice‘ crossed the Rubicon during Obama’s second term … at the very latest.

All the evidence needed to prove this assertion is already in the public domain. Anyone with the time and desire could analyze the available documents and discover just how corrupt the DOJ was in their efforts to destroy candidate, and then President Donald J Trump.

One of the leaders of this treasonous ‘soft coup’ if you will, was Rod Rosenstein, a former Deputy Attorney General. Rosenstein was actually the longest ‘serving’ US Attorney when he was sworn in, in 2017. The length of his tenure and his willingness to wear a wire against President Trump, along with all the other roles he played in the effort to frame and expel a duly elected POTUS from The White House, is a great illustration of just how far south the federal justice apparatus has fallen.

Now, thanks to a fresh indictment, we are learning even more about Rosenstein’s roles in