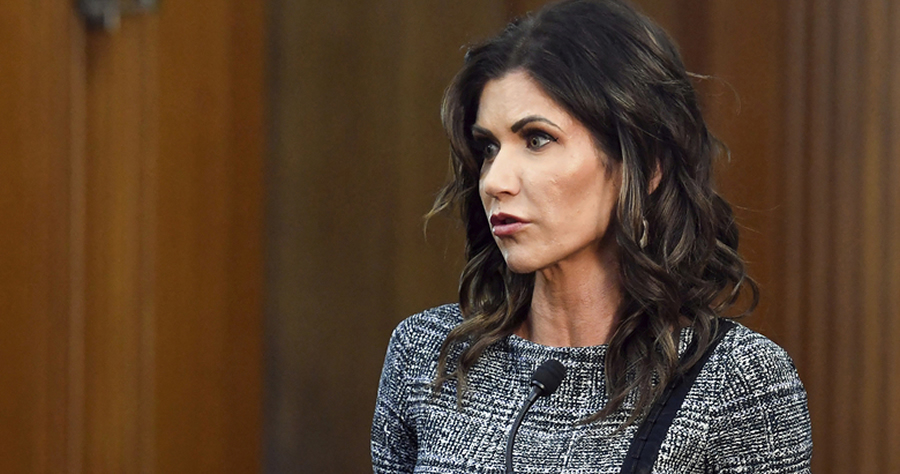 KEYSTONE, South Dakota — South Dakota Gov. Kristi Noem (R) told Breitbart News exclusively that she believes President Joe Biden’s decision to withhold life-saving monoclonal antibody medicine from sick Americans with coronavirus nationwide including in her state constitutes “rationing” of the treatment. Noem said she believes Biden is doing this for “political reasons,” too, and that at least one major hospital system in South Dakota is struggling to get the medicine it needs to treat all its patients as a result of Biden’s administration withholding distribution of it.

“I’ve talked with all my health systems because I have several in the state about what their supply is,” Noem told Breitbart News here last week. “Some of them are doing okay, they feel like they have adequate supply as far as what their requests are and they haven’t felt a pinch. I do have one that is really struggling getting the supply that they want — they believe they’re being rationed. I think somewhere in the federal government, they’re stockpiling it — and they are delivering it out to states based on what their cases are, and based on what they think their scientific data is telling them that South Dakota should have. We’re going to continue to pressure to have the kind of medical treatments that we believe our people deserve. So, we’re not at a shortfall right now but we have noticed a difference in how the federal government is responding to us.”

Noem’s comments came during an interview for the latest On The Hill Breitbart News exclusive video series at Mount Rushmore National Memorial here in Keystone, South Dakota, just outside Rapid City. Noem spent two days with Breitbart News in South Dakota — one here at Mount Rushmore for this interview on Thursday last week, and then again Friday at Custer State Park at its annual Governor’s Buffalo Roundup for a second interview — where she focused on several pressing issues facing the state of South Dakota, the nation, and her standing in the conservative movement.