Government Grew by 22,000 Workers in April

The number of people working for government in the United States grew by 22,000 in April, according to the employment report released today by the Bureau of Labor Statistics.

This growth in government employment was driven by hiring at the state and local level, while federal employment actually declined. 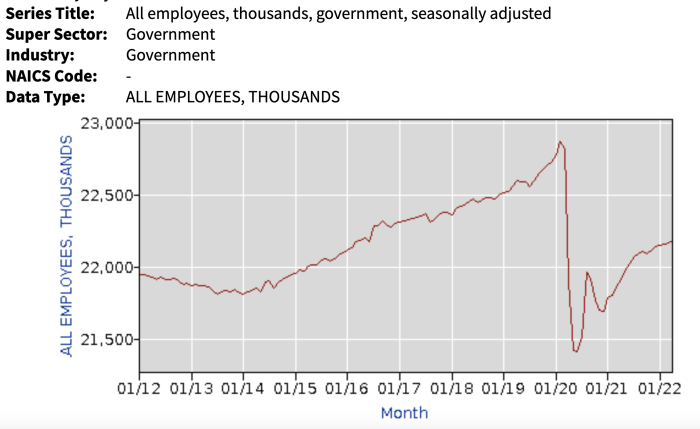