Governor Holds Up Dog’s Butt During State Of The State, Tells Bette Midler To ‘Kiss Her Hiney’ 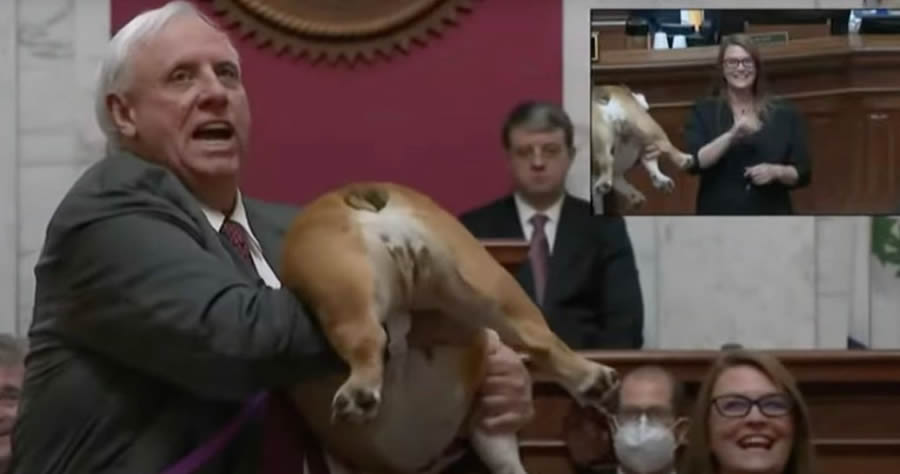 Republican West Virginia Gov. Jim Justice held up his dog’s butt Thursday at the end of his State of the State address.

Justice’s comments were directed towards actress Bette Midler and others who have doubted West Virginia.

“They told every bad joke in the world about us,” Justice said. “Babydog tells Bette Midler and all those out there, kiss her hiney.”

“He wants us all to be just like his state, West Virginia. Poor, illiterate and strung out,” Midler tweeted.

Governor Jim Justice had a message for those who doubted West Virginia in his State of the State address.https://t.co/uhY6pjRra7