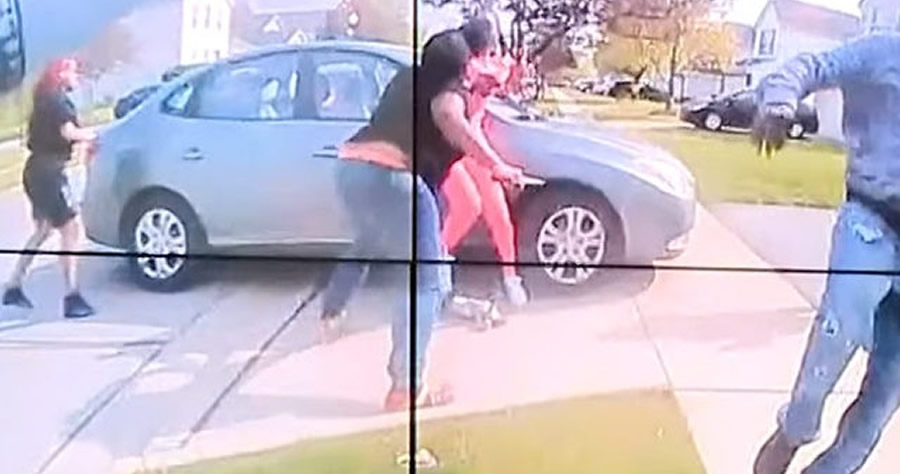 Columbus Police Department officials released an officer’s bodycam video showing the seconds leading up to the shooting of a teenage girl. The chaotic video shows a fight in progress.

The Columbus Division of Police released a bodycam video showing Tuesday’s shooting of a young black girl who appeared to be armed with a knife. The video appears to show the girl fighting with another girl as the officer opens fire.

The knife can be seen in the girl’s hand as she appears to attempt to stab the girl in pink. The officer fires his weapon and the girl falls to the ground. The video shows the knife laying beside her.

#Columbus
*potentially disturbing*
Body cam. Suspect had a large knife and officers were responding to reports of a knife. pic.twitter.com/ddoXQKXxSf