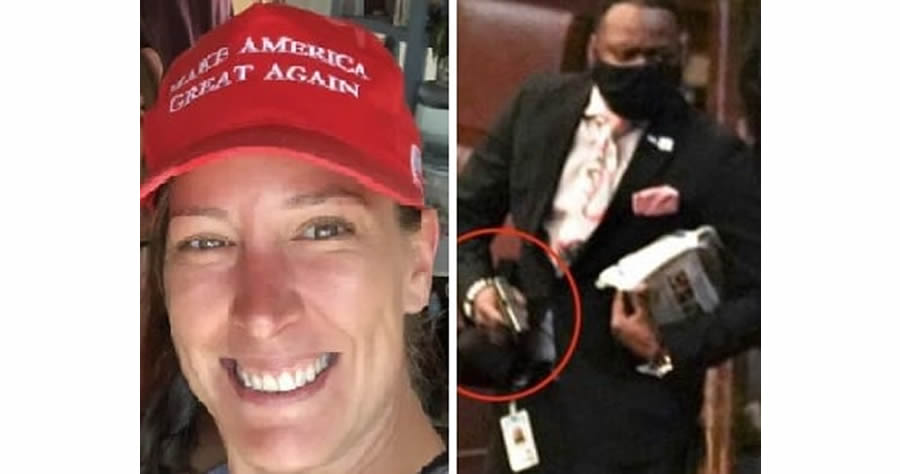 Lt. Byrd killed Ashli Babbitt in cold blood on Jan. 6 in the US Capitol.

Ashli Babbitt, a Trump-supporting US veteran, was gunned down in cold blood inside the US Capitol. She was unarmed and posed no threat to the police or anyone. There were several police officers surrounding her when she was shot dead without warning. Her killer Lt. Mike Byrd then fled down the hall after he shot her dead without warning.

And now we also know that Congress was evacuated on Jan. 6 due to a pipe bomb threat. It was not because of Trump supporters walking the halls.

In August Lt. Mike Byrd was exonerated for killing Ashli Babbitt in cold blood. He gave no warning, he ran from the scene of the crime, he shot an unarmed woman dead who posed no threat.

And now he walks free.

Greg Kelly suggested on Monday that trigger-happy Lt. Mike Byrd may work on Saturday at the Conservative “Justice for J6” rally on Saturday.

Greg Kelly went on to say that unrepentant killer Mike Byrd may even be armed again.
God help us.