Gregg Popovich: ‘I’m Sick and Tired of 50 and 60 and 70 Year Old White Men Screwing Up All of Our Lives Because They’re Selfish’ 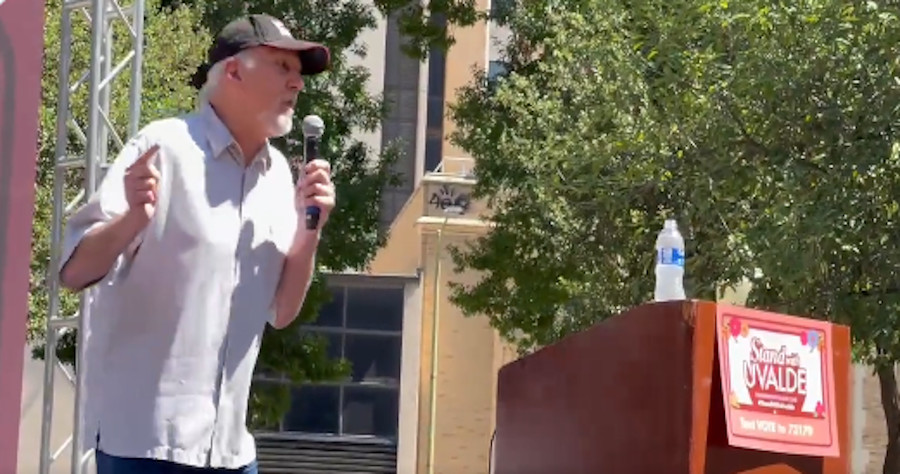 Spurs head coach Gregg Popovich is not pleased with some politicians’ responses to the May 24 mass shooting in Uvalde, Texas, in which 19 children and two teachers were killed at Robb Elementary School. Specifically white, male politicians of a certain age.

Speaking Saturday at “Stand with Uvalde,” a fundraiser and community gathering, the 73-year-old Popovich said “I’m sick and tired of 50- and 60- and 70-year-old white men screwing up all our lives because they are selfish and really care about nothing else but their position.”

Pop went on to say that the Texas government is more concerned about their power than they are of the children of Texas. He urged the folks at Travis Park to vote them out. pic.twitter.com/e69hrWWGmN

He also lambasted politicians such as Sen. Ted Cruz, R-Texas, for focusing on the mental health crisis in the U.S., rather than instituting gun control policies.

Cruz, 51, falls in the category of “white men” who screw up everyone’s lives, according to Popovich, yet Cruz’s father was born and raised in Cuba. Though it went largely unnoticed, per The Washington Post, in 2016, Cruz became the first Latino candidate to win a presidential caucus or primary.

During Popovich’s screed blaming white men between the ages of 50-79, he also failed to mention the shooter was an 18-year-old Latino named Salvador Ramos.

The five-time NBA champion head coach added that he’s heard too much “thoughts and prayers,” and not seen enough action.

“We’ve heard all of the comments on television from some of our government officials about ‘thoughts and prayers and condolences,’” Popovich said. “They are the same statements after every massacre.”

Never one to hold his tongue, Popovich has been one of the most vocal members of the sports community on social and political issues. At the beginning of Colin Kaepernick’s National Anthem protest during the fall of 2016, for example, Popovich said he disagreed with those saying the protest was disrespectful to the military.

“A pretty good group of people immediately thought he was disrespecting the military,” Popovich said. “That had nothing to do with his protest. In fact, he was able to do what he did because of what the military does for us. Most thinking people understand that, but there is always going to be an element that wants to jump on a bandwagon and that’s what is unfortunate about our country.”

Popovich is just the latest head coach in sports to speak on the shooting, joining Warriors head coach Steve Kerr, who took time to call out politicians ahead of Game 4 of the Western Conference Finals last week.

“We are being held hostage by 50 senators in Washington who refuse to even put it to a vote, despite what we the American people want,” Kerr said. “They won’t vote on it, because they want to hold on to their own power.”

In the aftermath of the shooting, a group of 10 bipartisan senators have started discussing gun reform legislation. The group is led by Texas Republican John Cornyn, who said last week he was committed to coming up with a solution to making mass shootings less likely in the future.

“I’m not interested in making a political statement,” Cornyn said, via the AP. “I’m actually interested in what we can do to make the terrible events that occurred in Uvalde less likely in the future.”