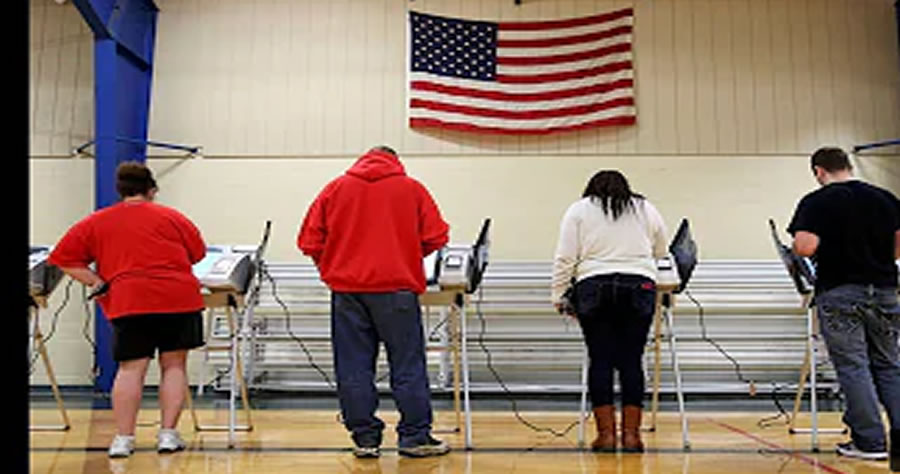 According to reports, a group of black Americans has filed a lawsuit against the Big Apple for giving municipal voting rights to nearly a million foreign nationals.

The group sued the City’s Board of Elections, claiming that the new law allowing non-citizens to cast ballots in local elections violates federal civil rights law. The group alleges that the New York City Council passed the law in order to strengthen the voting power of certain racial groups, thus diluting the votes of other groups.

“By their chosen language and the argument that they chose to advance this, they gave us a constitutional basis on which to challenge this law,” @kenblackwell told @FoxNews.https://t.co/UpG5Mvik1H

Former Ohio Secretary of State Ken Blackwell, a member of the board of directors at the Public Interest Legal Foundation (PILF), which filed the lawsuit, told Fox News:

“They explicitly used race as a factor of demarking the voter groups that they wanted to give this privilege to and that is a direct violation of the 15th Amendment.”

In January, Democrats on the 51-member New York City Council approved a plan that allows more than 800,000 foreign nationals with green cards, visas, and work permits the opportunity to vote in citywide elections so long as they have resided in the city for at least 30 consecutive days.

“All of the relevant indicia demonstrates that a racially discriminatory purpose was a motivating factor in the passage of the Foreign Citizen Voting Bill.”

“The New York City Council was aware of the discriminatory impact that the Foreign Citizen Voting Bill would have on the voting strength of Black voters.

These concerns were raised by Council Members. Despite this discriminatory impact and the knowledge that the New York City Council was without legal authority to grant foreign citizens the right to vote, the Council moved forward and passed the bill.”

The suit also cites Council Member Ydanis Rodriguez, a sponsor of the bill Intro 1867-A, who allegedly said, in Spanish, that the bill would increase the power of Hispanics and Asians.

The Far-Left NYC Council is trying to ram through an UNCONSTITUTIONAL bill that will allow nearly one million citizens of foreign countries to vote in elections.

We must SAY NO to Non-Citizen Voting – RETWEET 🔁 if you agree! pic.twitter.com/uzrlriFhp4