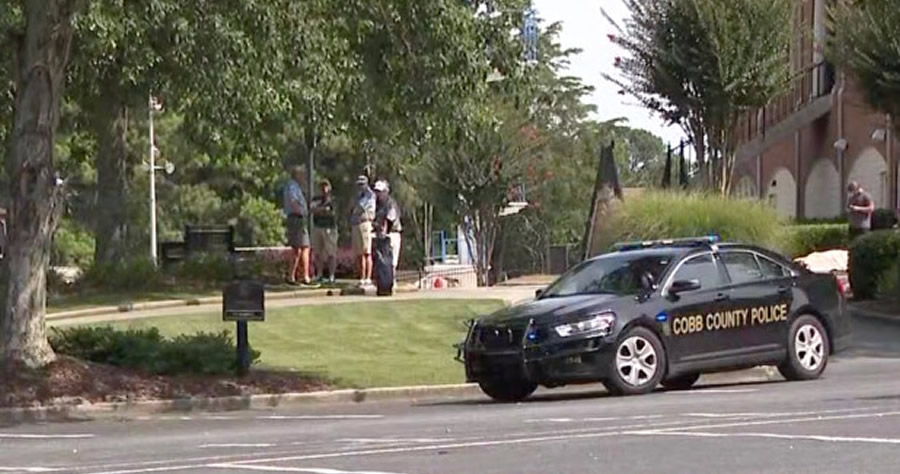 The gunman who shot and killed a golf pro near the 10th hole at a Georgia country club Saturday had two other bodies in the back of his pickup truck — and remains on the loose, according to reports.

Cobb County police made the grisly discovery after the unidentified shooter gunned down golfer Gene Siller at the Pinetree Country Club near Kennesaw — only to find the other victims, the Marietta Daily Journal reported Sunday.

Police said Siller, a 41-year-old married father of two young boys, was killed after the shooter drove a white Dodge Ram 3500 pickup truck onto the golf course and shot him dead.

The suspect fled the scene, but cops found the other two dead men in the truck.

“Both males suffered apparent gunshot wounds,” Cobb County Police Officer Shenise Barner told the newspaper. “One of the males was identified as Paul Pierson, the registered owner of the Ram 3500. The other male has not yet been identified but is believed to be of a Hispanic race.”