Gutfeld BLASTS ‘Jackass’ Biden After SOTU: ‘You Are An Idiot’ To Believe He Supports Cops [VIDEO] 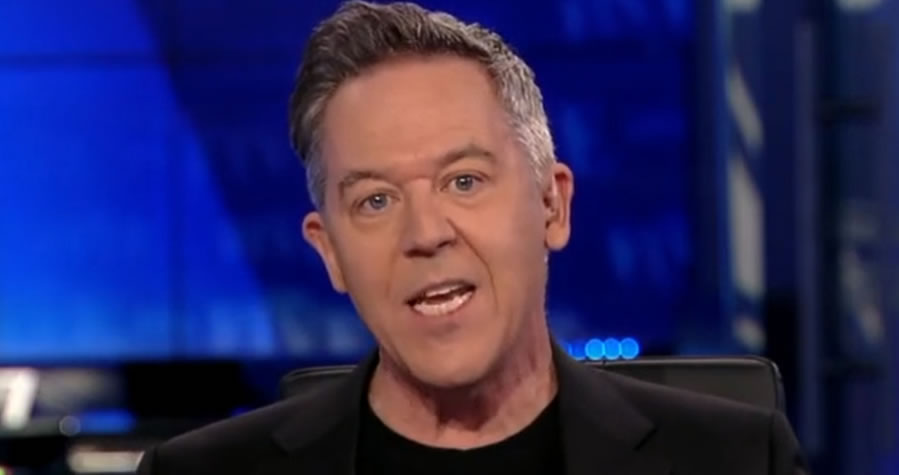 Fox News host Greg Gutfeld unloaded on “jackass” President Joe Biden during Wednesday’s broadcast of “The Five,” saying that anyone who believed Biden was really on the side of police officers was “an idiot.”

Gutfeld joined his co-hosts in reacting to comments Biden made during his first official State of the Union Address, which he delivered on Tuesday evening, and the “Gutfeld!” host held nothing back.
Co-host Dana Perino introduced the topic, noting that Biden had called in his address for “funding the police” — despite a number within his own party who continue to run with the slogan “defund the police” — and she suggested that the president appeared to be changing course.

“We should all agree: The answer is not to defund the police,” Biden said. “It’s to fund the police. Fund them. Fund them! Fund them with the resources and training they need to protect our communities.”

“Greg, one thing on the State of the Union that really bothered me when he talked about ‘defund the police’ is — one, that could’ve been two years ago,” Perino said of Biden’s comments. “But also, when he talked about the officers that were killed here in New York … within the same sentence, he says, ‘We must come together to protect our communities, restore trust, and hold law enforcement accountable.’ But that’s not what happened in that case.”

“He says that after — you know, I gotta — I’m not going to let the media strategy of contrasting the Squad with Joe Biden to somehow reconstitute the myth of his moderation, right?” Gutfeld replied.

“You gotta give credit to the Squad, because they are stupid, they’re wrong, they’re unforgivable, but at least they are consistent to their principles,” Gutfeld continued. “This jackass was — didn’t do a thing when cops were being killed. When businesses were being burned, he hid in his basement. And only when it became politically expedient, when he was worried about losing an election, and now when an election is coming up, now all of a sudden he is backing the blue? Because he felt it was better, at the time, right, to embrace the woke orthodoxy that put BLM above law enforcement. That’s what he did.”

Gutfeld went on to go after conservatives who appeared to be buying Biden’s pivot, calling them “idiots” for not seeing through it.

“So, I’m sorry, when I see CNN’s recently-purchased conservatives, you know those principled few, supporting — ‘Oh, isn’t this great? Look at him! Such a good thing!’ You’re an idiot, because this guy was nowhere to be found,” Gutfeld said.

“Lastly, the thing that gets me crazy is I know a lot of people are pissed off about these two Republicans that heckled,” Gutfeld concluded, referencing Congresswomen Marjorie Taylor Greene (R-GA) and Lauren Boebert (R-CO). “That’s nothing compared to this cosplay that you see — the stand up and applaud, the sit down. No matter how stupid Biden says something, people have to applaud. This is kabuki applause-line theater, right? And we are expected as idiot Americans to go, ‘Oh, wow, everything coming out of his mouth is somehow majestic and moral and meaningful.’ Of course not! And by the way, both sides do this, right, but for some reason, it is more disgusting. Heckling is bad, but heckling is real. What we watched there was fake. And for anybody applauding him supporting law enforcement, you’re an idiot. Sorry.”