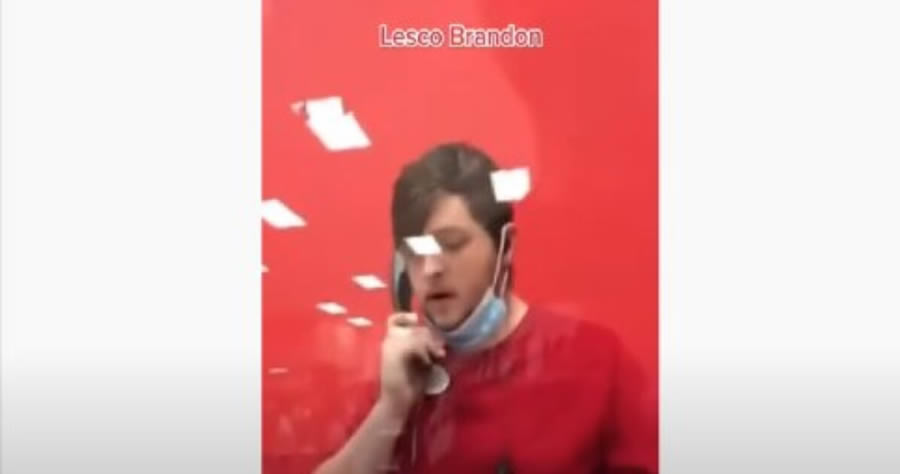 A customer at a Target store hilariously tricked a guest services employee into paging “Lesco Brandon,” a play on the viral catchphrase “Let’s go, Brandon!” that is sweeping the nation mocking President Biden and his administration.

The prank was conducted by Prankazoids who has evidently done this in a number of stores. Most employees didn’t catch on but at least one did and told him “That’s a good prank.”

The phrase “Let’s go Brandon!” went massively viral after NBC Sports reporter Kelli Stavast disingenuously claimed on camera that the crowd at a NASCAR race was yelling “Let’s go, Brandon!” when they were actually chanting “F*** Joe Biden!” Video footage disproved her claim and the saying took off like a rocket across the nation.

It has become a phenomenon with a life of its own in every aspect of American culture including clothing, music, sports, social media, and politics. But for some bizarre reason, the Biden administration claims that they are “unfamiliar” with the viral message directed at the President.