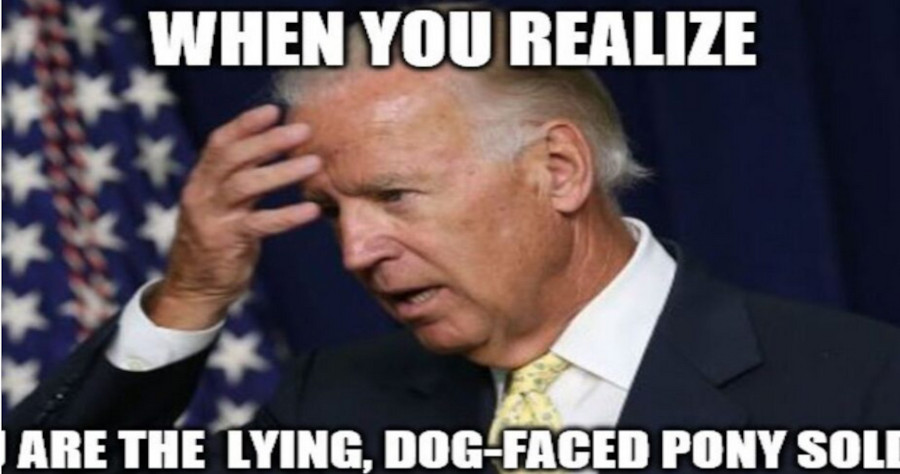 Nearly half of President Biden’s 22.2 million Twitter followers are fake accounts, according to an audit tool by software company SparkToro.

Newsweek reports that the tool found that 49.3% of accounts following the U.S. president are fake followers based on a number of factors, including how recently the accounts were established, location issues and lack of profile images.

The tool defines fake accounts as “accounts that are unreachable and will not see the account’s tweets (either because they’re spam, bots, propaganda, etc. or because they’re no longer active on Twitter).”

The issue of fake accounts populating the site is currently holding up Elon Musk’s attempted purchase.

Elon Musk, who is in the middle of attempting to purchase Twitter, says the deal cannot move forward until there is a better understanding of the number of fake accounts on the site.

If a crackdown on fake and bot accounts is ultimately implemented, the official @POTUS account could lose an enormous numbers of followers.

On Tuesday, Musk said that the number of fake accounts on Twitter was close to 20%, four times what Twitter claims,” he wrote, and “could be *much* higher.”

“My offer was based on Twitter’s [Security and Exchange Commission] filings being accurate. Yesterday, Twitter’s CEO publicly refused to show proof of <5%. This deal cannot move forward until he does,” he wrote.

The Tesla CEO and current Twitter CEO, Parag Agrawal, traded some tweets Monday about the issue.

“We suspend over half a million spam accounts every day, usually before any of you even see them on Twitter,” Agrawal posted. “We also lock millions of accounts each week that we suspect may be spam, if they can’t pass human verification challenges (captchas, phone verification, etc).”

The Twitter CEO said that the company estimates each quarter that less than 5% of monetizable daily active users are spam accounts.

Musk first responded to Agrawal’s lengthy thread with an excrement emoji, and then wrote, “So how do advertisers know what they’re getting for their money? This is fundamental to the financial health of Twitter.”

It is possible that Musk is using the issue of fake accounts to negotiate a lower price at which to purchase Twitter. The mogul initially offered to pay $54.20 per share, for a total of $44 billion, which is much higher price than the current stock price of $36.80 per share.