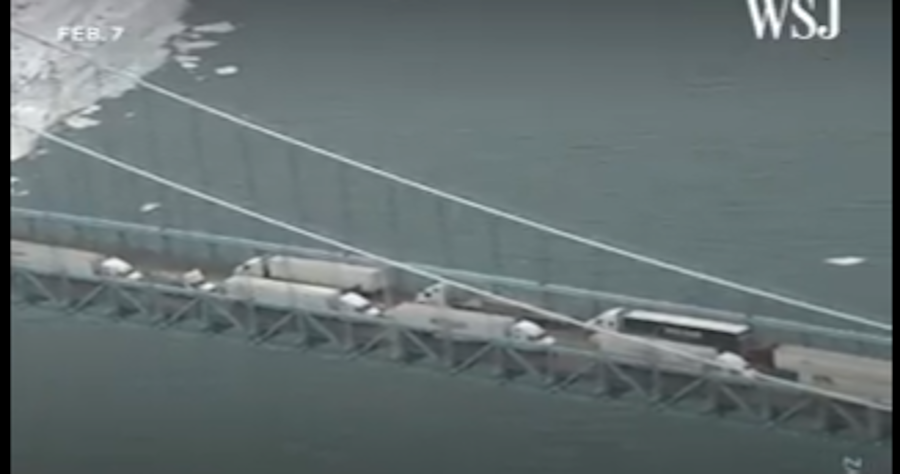 Harvard professor, CNN analyst and former Obama admin undersecretary of Homeland Security Juliette Kayyem has called for violence and vandalism against Freedom Convoy protesters who have amassed on the bridge that connects Detroit, Michigan to Windsor, Ontario.

“The Ambassador Bridge link constitutes 28% of annual trade movement between US and Canada,” tweeted Kayyem. “Slash the tires, empty gas tanks, arrest the drivers, and move the trucks.”

n addition to a monumentally stupid idea considering the logistics of moving trucks with no fuel and slashed tires, one has to wonder if Kayyem is saying the quiet part out loud when it comes to how Democrats respond to non-BLM protests.

The convoy protest, applauded by right wing media as a “freedom protest,” is an economic and security issue now. The Ambassador Bridge link constitutes 28% of annual trade movement between US and Canada. Slash the tires, empty gas tanks, arrest the drivers, and move the trucks ✔️ https://t.co/nvRQTfPWir

Can you elaborate on your brilliant plan to “move” trucks with no tires and no gas off of a bridge?

You’re a “professor,” right? You’re advocating violence and property damage for peaceful protestors? Were you this outspoken when BLM and Antifa were torching businesses and killing people? That was an economic and security issue, too.

The blockade, now in its fourth day, has drawn the attention of Michigan Gov. Gretchen Whitmer, who called on Canadian authorities to reopen the bridge, according to the Epoch Times.

“The blockade is having a significant impact on Michigan’s working families who are just trying to do their jobs. Our communities and automotive, manufacturing, and agriculture businesses are feeling the effects. It’s hitting paychecks and production lines. That is unacceptable,” the Democratic governor said in a Thursday statement.

“It is imperative that Canadian local, provincial, and national governments de-escalate this economic blockade,” she added, without suggesting how. “They must take all necessary and appropriate steps to immediately and safely reopen traffic so we can continue growing our economy, supporting good-paying jobs, and lowering costs for families.”

According to Kayyem, slashing tires, stealing gas, arresting the protesters, and somehow moving all the trucks is the way to go.