Have the Internationalists Maneuvered Russia and Ukraine Into a Plot to Produce a Globalist Regime? 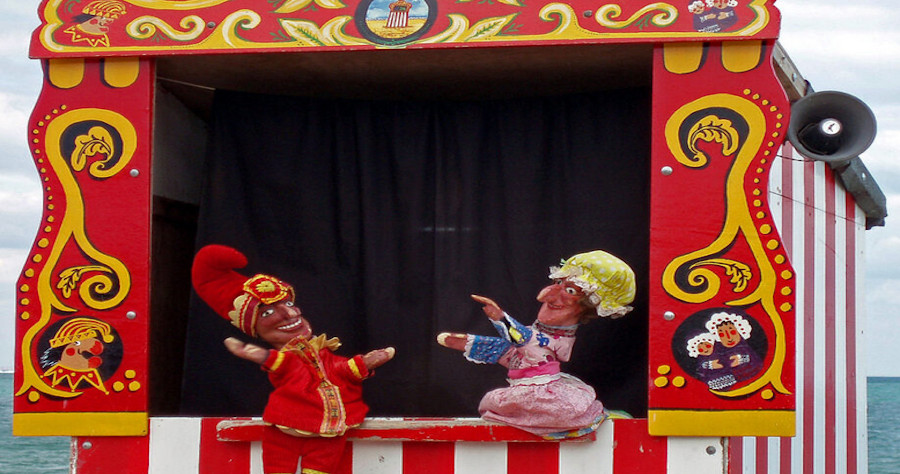 A Friend of mine once said, “And when ye shall hear of wars and rumours of wars, be ye not troubled: for such things must need be; but the end shall not be yet.” Therefore, we should not be surprised by what is happening in Europe, but that does not mean we are unconcerned or supportive of an unprovoked war against the innocent.

There are no good guys in the Ukraine-Russia War. Both sides have blood on their hands, but both are victims of determined globalists committed to implementing their socialist/communist agenda. Russia and Ukraine have been sucked into a criminal, complicated, and conspiratorial trap. Franklin D. Roosevelt is credited with saying, “In politics, nothing happens by accident. If it happens, you can bet it was planned that way.”

So, it is no accident that Ukraine has a war, and it was planned for someone’s benefit. Who benefits? Not Russia, since the Ruskies in St. Petersburg and Moscow are getting restless, and their leaders are concerned about a lazy, lethargic, and limp NATO awakening with some determination to do their job and protect Europe against the Russian Bear. Moreover, everyone can hear the roar of an angry, injured bear thundering and thrashing and trashing all within reach.

Ukraine can’t benefit since some of its major cities are demolished and its people are displaced, and its economy is destroyed. And its leader is an amiable authoritarian who is a tool of far, far leftists. He is famous as an actor, comedian, dancing in high heels, and playing the piano, not with his hands or even his toes. You can guess or even watch the debauchery.

Zelenskyy may be politically courageous, but he is also personally corrupt. Additionally, he is a graduate of Klaus Schwab’s Young Global Leaders School that boasts other famous (or infamous) graduates such as Mark Zuckerberg, Bill Gates, Jeff Bezos, Pete Buttigieg, Justin Trudeau, France’s President Macron, Chelsea Clinton, California’s Gavin Newsom, and others.

Hey, with brilliant people like the above willing to take control of the world, how can we lose?

America can’t benefit as Biden staggers and stumbles, studders and sputters his way through Europe handing out threats and billions of dollars with no guarantees.

NATO can’t win since its leaders want Putin out of Ukraine, but they don’t want to take the lead in tangling with the Russians. NATO officials want to be left alone to attend conferences, consultations, and conflabs in luxurious spots worldwide.

After thousands of innocent Ukrainian citizens are dead and millions are dispersed around the world; after Putin is humiliated and devotes his time to stay in power and stay alive; after America shifts its attention from Ukraine to the next issue that pops up on the horizon; after NATO settles down to shuffling papers, leading cheers promoting their importance for the safety of Europe, and holding collaborations in luxury accommodations; after all that, China will emerge as the collectivist kingpin in the world, for the enslaved and free.

While Americans slept or watched the Gilligan’s Island rerun for the 89th time, the Chinese were dismantling our manufacturing base and developing their national production.

According to Fox News, China controls our health system since it produces 97 percent of our antibiotics and about 80 percent of active pharmaceutical ingredients used in American drugs. We also import about $5 billion in food products from China each year, and the Chinese now own Smithfield, the biggest hog producing company in the world.

China’s chokehold on the American sports and entertainment industry is well known, but few seem to care. Entertainers and athletes whimper, whine, and weep about every injustice in the world except the worst offender—China. But then, hypocrites are accustomed to the double standard when money and prestige are involved.

Americans have been fools to permit a powerful, committed enemy to out-produce and outsmart us.

China’s major cities are teeming with peasants, and the Chinese Communist Party is marching in your direction. They are already in our universities and own much of our land and businesses. Only 10% of land in China is farmable. They are running out of space, and they want your space. That would provide them with millions of acres of arable land to feed their hungry people.

Its cities are packed, and uneducated laborers continue to flood Shanghai, with 23.4 million people, Beijing with 18.8 million, Tianjin with 12.8 million, Shenzhen with 12.7 million, Guangzhou with 11.6 million, Chengdu with 10.2 million, and other cities with 8 million! And they all want to eat, so you’d better like chop suey, and it might be helpful to have a shoeshine kit and know a few words of polite Chinese. Like, thank you, sir, and have a good day, master.

Communists base their strategies on Sun Tzu’s Art of War. Sun Tzu says, “all war is deception,” and the ultimate victory is to win without destruction of enemy cities. Evidently, Putin didn’t read Sun’s famous book. With the present war, the Commies have obviously failed. We must not be deceived or distracted by the smoke and mirrors and must insist on looking behind the curtain to discover who is pulling the strings of the world puppets. Since deception is everywhere, it would be wise to believe only half of what we see and little of what we hear.

Both Putin and Zelenskyy are totalitarians, one is simply more brutish (at this time) than the other. Still, I feel queasy and very uncomfortable when I discover I am cheering for the same person the far-leftists in Washington and the mainstream media are cheering.

No freedom lover would ban his political opposition as Zelenskyy has done. The Opposition Platform for Life (43 seats in parliament and the largest opposition party in the nation) has been banned by Zelenskyy because of ties to Russia. He also banned ten other political parties. Why isn’t our media screaming about that? That is freedom and democracy? No, but it is what the globalists want for America and free Europe.

Zelenskyy has done what all “strongmen” or tyrants have done—take control of the media. He made all television channels into a single unit that he controls. Would you support such control in the U.S.? But wait, the radical leftists already control most of our media. The far leftists in America think they have the answer, and it is not found in free enterprise, free expression, or vocal opposition, but in their authoritarian control.

Putin, Zelenskyy, and Biden are all puppets, but who is pulling the strings? Decades ago, we would have replied, the Council on Foreign Relations or the Trilateral Commission. Today, it is Bill Gates, George Soros, Klaus Schwab, Barack Obama, Bill Clinton, and other lesser lights who want America to lose its position in the world and everyone to live under a world authoritarian.

Of course, everyone will be happy—or else, and there will be no racism and no individualism. Everyone will be the same, except the special people at the top. The world will consist of rulers and servants, and you know where you belong, don’t you? In true socialist/communist nations, some are more equal than others.

However, the joy boys Soros, Schwab, Gates, Obama, Clinton will call the shots in Beijing—at least for a while. Long ago, they learned to eat with chopsticks. They will enjoy the perks that go with globalist leadership.

Interestingly, Ukrainians contributed $10 million to the Clinton Foundation, more than any other nationality. Like Gates, Clinton was a guest on 26 trips aboard the “Lolita Express,” even apparently dumping his Secret Service detail for at least five flights, according to Fox News. It appears that the internationalists don’t adhere to the moral code espoused by your grandma.

Bill Gates is a do-gooder who wants to reduce world population although his former wife would disagree with his choice of friends—like pedophile Jeffrey Epstein. Gates, the philanthropist has tried to downplay his association with Epstein, the pedophile; however, the New York Times reported they met “many times.” The Daily Beast claims the two men met “dozens of times” between 2011 and 2014. And remember Epstein had already admitted guilt to two Florida charges of “solicitation of prostitution” and one count of “solicitation of prostitution with a minor under the age of 18.”

Strangely, the world’s second-richest man and a convicted pedophile met many times, and inquiring minds want to know why.

Ninety-two-year-old George Soros (“who broke the bank of England”) wants to install a world government headed by the United Nations, and he has given $32 billion to leftist causes such as Black Lives Matter, Defund the Police, etc. In a La Republica interview on August 11, 2020, he called for an American revolution against President Trump! He is ready to replace him with his own ilk.

The biggest bad daddy is Klaus Schwab founder of the World Economic Forum (WEF) who wants to see the philosophical descendants of Karl Marx, Vladimir Lenin, and Joseph Stalin run the world. You know, like the excellent job they did in Russia, Ukraine, Romania, etc.

Schwab describes the WEF’s mission as “shaping global, regional and industry agendas” and “improving the state of the world.” He and his henchmen are not bashful in informing us what they plan to do. Schwab declared, “That it is now far easier to manipulate with precision the human genome within viable embryos means that we are likely to see the advent of designer babies in the future who possess particular traits or who are resistant to specific diseases.”

Dr. Yuval Noah Harari is a spokesman for Schwab and the WEF and is also the most dangerous and devious man I have ever heard. He declared rather nonchalantly, “Humans are now ‘hackable animals’” warning that humans no longer possess “free will” and are set to be “re-engineered” by Bill Gates.

This dude is no minor leaguer since he speaks of “creating non-organic entities.” That means they will make “entities” from non-human matter. Man has always wanted to play God. He can now create! Wow, we have now arrived.

He and Schwab think grandiosely, grotesquely, and globally declaring, “The (COVID) pandemic represents a rare but narrow window of opportunity to reflect, reimagine, and reset our world.” It will be done over again in their own image. They are often clever but seldom wise.

All in preparation for the universal Mark that will facilitate the purchase of gas, food, and all essential items.

All these Big Time Operators (BTOs) effuse wisdom, knowledge, empathy, and all the good stuff; but they only mention God or Jesus in derision and never speak of personal accountability. And they expect us not to laugh when they ask us to trust them with our nation, economy, freedom, Constitution, etc.

I wouldn’t trust these jerks to walk my dog.