‘Have We Learned Nothing?’ Netanyahu Urges American Opposition to New Iran Deal 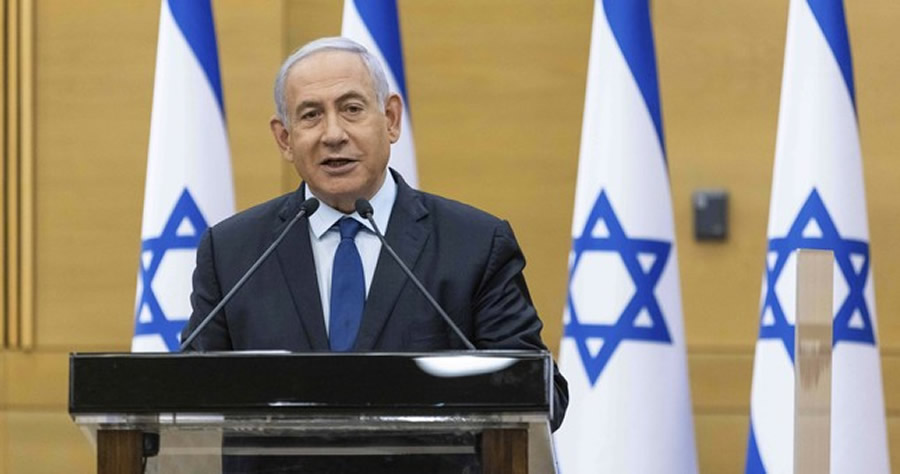 Former Prime Minister of Israel Benjamin Netanyahu released a video message directed at Americans over the weekend that appealed to U.S. citizens to oppose the Biden administration’s attempt to rush into a revived version of the Obama-era Joint Comprehensive Plan of Action (JCPOA) that flooded the Iranian regime with cash and new power to ramp up its terror-sponsoring activities.

“The desperate rush to sign this flawed nuclear agreement with Iran is not only absurd, it’s downright dangerous,” Netanyahu said in the video. “Yesterday, Iran fired missiles in the vicinity of the American consulate in Iraq, and the U.S. continues to charge ahead along with the other powers to sign a nuclear agreement that will give the Ayatollahs a nuclear arsenal,” he said emphasizing the latest aggression from Iran’s regime.

“It would also relieve sanctions and give them hundreds of billions of dollars in order to continue the terror that they waged yesterday and wage everyday throughout the middle east and the world,” Netanyahu added before saying President Biden’s attempted agreement “is even worse than its predecessor because in three years’ time, under this agreement, Iran will be a threshold nuclear state it will have enough enriched uranium to create dozens and dozens of nuclear bombs and it will have the ICBMs to deliver them to any place in the United States,” he warned. “That is… unbelievable. It’s not merely unacceptable, it endangers not only my country Israel, bur your country the United States, and the entire world.”

“We should not let an aggressive, rogue terrorist regime like Iran have nuclear weapons,” Netanyahu reiterated. “Have we learned nothing?”

Every American family should watch this video. pic.twitter.com/BVo5ZFJwKk