Heartbreaking: After The Divorce, Each Of Bill Gates Kids Will Allegedly Only Receive $10 Million 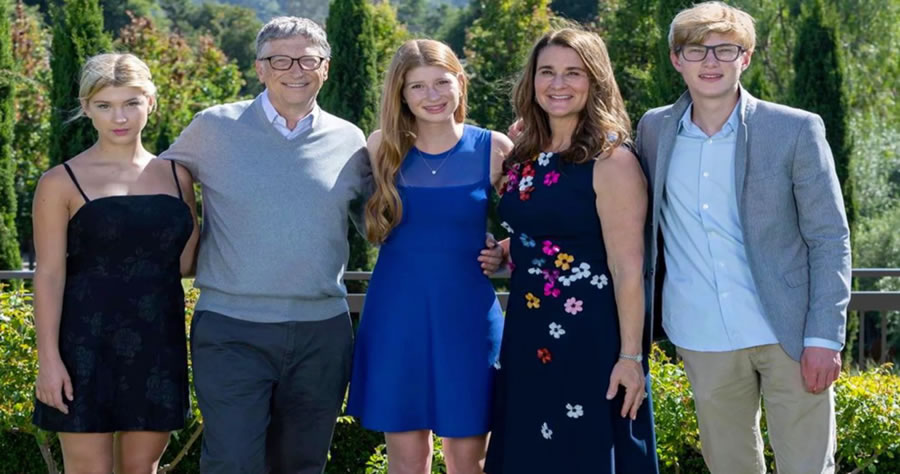 Bill and Melinda Gates may be splitting, but their kids aren’t likely to get hurt by the divorce — financially at least.

That’s because the billionaire couple has long pledged to give away most of their fortune now valued at $130 billion.

Among the multiple times Gates has promised not to share the bulk of his wealth with his three kids, Jennifer, 25, Rory, 21, and Phoebe, 18, were a 2014 Ted Talk and a 2011 interview with The Daily Mail, when he said they’d each get “minuscule portion” of his wealth, Fox Business reported.

“I definitely think leaving kids massive amounts of money is not a favor to them,” Gates said in response to a Reddit user asking him if reports he would leave his kids “only” $10 million were true.

He cited a story that included Warren Buffett talking about limiting inheritances from 1986, before the billionaires met. “It made me think about it and decide he was right. Some people disagree with this but Melinda and I feel good about it,” Gates said.

Bill Gate’s kids are reportedly each only getting $10 Million dollars after his divorce pic.twitter.com/mWeizWkPHc

And, heeeeerrre’s BILL! Groovin’ and movin’