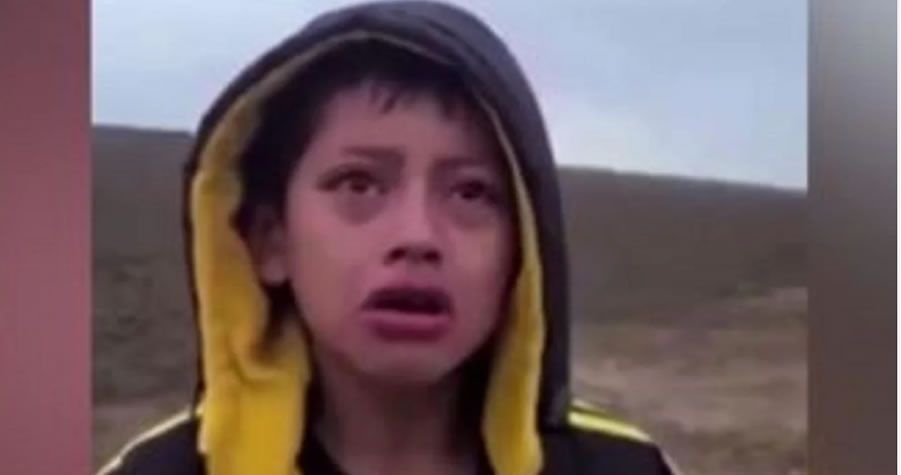 The U.S. Border Patrol has released a heartbreaking video taken by an agent who was approached by an abandoned 10-year-old migrant boy last week in a Texas desert near the U.S.-Mexico border.

The child is seen sobbing and asking for help, telling the off-duty agent who was on his way home, “They can rob me, kidnap me, I’m scared.”

The video is taken from the perspective of the agent who is seen driving down the road when he sees the boy walking toward him. The agent parks and exits his vehicle, and the boy asks him twice in Spanish, “Can you help me?”

“What happened?” the agent asks, according to translation provided by CNN.