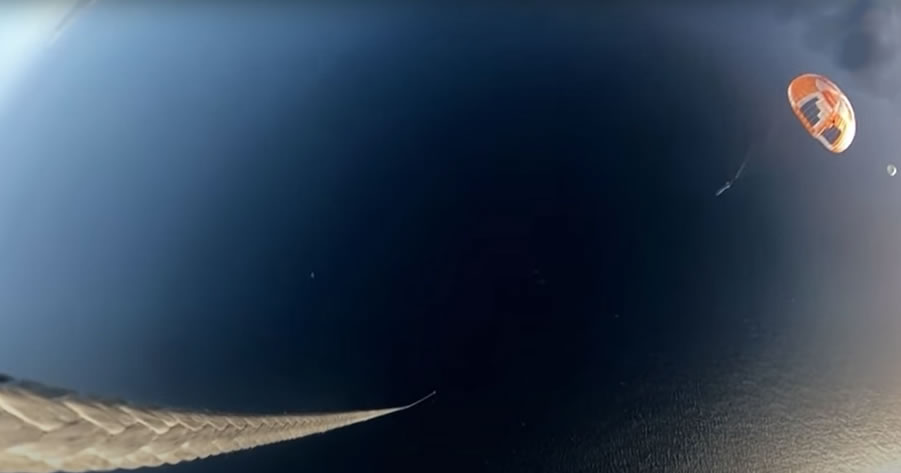 In a mission that seemed only possible in a Hollywood film, a helicopter has successfully caught a falling rocket booster mid-air, in what engineers hope will herald a new era for low-cost space travel.

The successful test, off the coast of New Zealand, was completed by aerospace manufacturer Rocket Lab, whose chief executive, Peter Beck, described the operation as “something of a supersonic ballet”.

Of all the major space companies, Elon Musk’s SpaceX is the only other which has a booster recovery scheme, allowing it to save millions of dollars on each launch.

Whilst SpaceX relies on boosters using their own propulsion to land safely, Rocket Lab has employed an ambitious scheme using the skill of helicopter pilots to grab the 39ft-long booster.

“Trying to catch a rocket as it falls back to Earth is no easy feat. We’re absolutely threading the needle here,” said Mr Beck before the launch. “But … if we can use a rocket twice, then we’ve just doubled our production.”

1. Before lift-off, helicopter carrying rope and hook flies into path rocket will fall

4. A drogue parachute deploys 8.3 miles above the ocean to slow down the rocket

5. The larger, main parachute deploys 3.7 miles above the ocean

6. Rocket enters capture zone eight minutes after lift-off. Helicopter’s hook will attempt to catch hold of the rope hanging from the rocket

7. Once helicopter hooks onto the rope, it will attempt to offload rocket on recovery vessel to be transported back to land 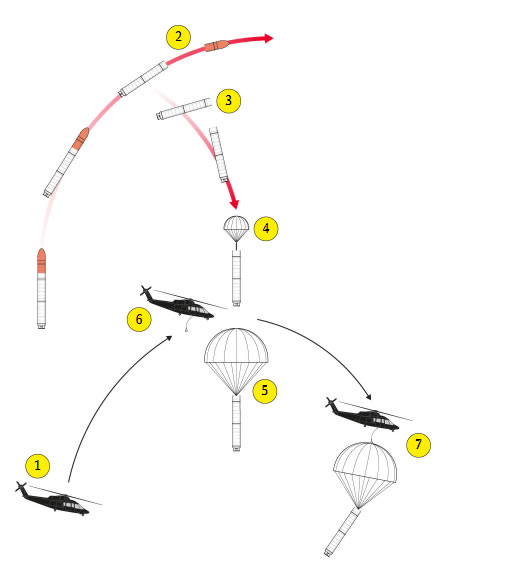