Here’s how the Fed raising interest rates can help get inflation lower, and why it could fail 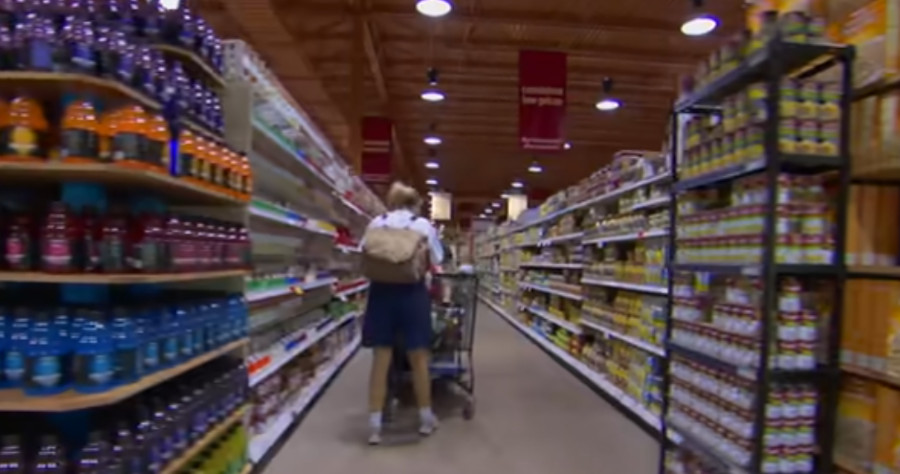 Federal Reserve policymakers are going to try to slow down the economy and subdue inflation.

Higher rates make money costlier and borrowing less appealing. That in turn slows demand to catch up with supply that has lagged badly throughout the pandemic.

Fed officials also have talked tough on inflation, in an effort to dampen future expectations.

Potential impacts include lower wages, a halt or even a drop in soaring home prices and a potential decline in stock market valuations.

That higher interest rates help stamp out inflation is essentially an article of faith, based on long-held economic gospel of supply and demand.

But how does it really work? And will it work this time, when bloated prices seem at least partially beyond the reach of conventional monetary policy?

It is this dilemma that has Wall Street confused and markets volatile.

In normal times, the Federal Reserve is seen as the cavalry coming into quell soaring prices. But this time, the Fed is going to need some help.

“Can the Fed bring down inflation on their own? I think the answer is ‘no,’” said Jim Baird, chief investment officer at Plante Moran Financial Advisors. “They certainly can help rein in the demand side by higher interest rates. But it’s not going to unload container ships, it’s not going to reopen production capacity in China, it’s not going to hire the long-haul truckers we need to get things across the country.”

Still, policymakers are going to try to slow down the economy and subdue inflation.

The approach is two-pronged: The Fed will raise benchmark short-term interest rates while also reducing the more than $8 trillion in bonds it has accumulated over the years to help keep money flowing through the economy.

Under the Fed blueprint, the transmission from those actions into lower inflation goes something like this:

The higher rates make money costlier and borrowing less appealing. That, in turn, slows demand to catch up with supply that has lagged badly throughout the pandemic. Less demand means merchants will have to cut their prices to lure people to buy their products.

Potential impacts include lower wages, a halt or even a drop in soaring home prices and, yes, a potential decline in valuations for a stock market that has thus far held up fairly well in the face of soaring inflation and the fallout from the war in Ukraine.

“The Fed has been reasonably successful in convincing markets that they have their eye on the ball, and long-term inflation expectations have been held in check,” Baird said. “As we look forward, that will continue to be the primary focus. It’s something that we’re watching very closely, to make sure that investors don’t lose faith in [the Fed’s] ability to keep a lid on long-term inflation.”

Consumer inflation rose at a 7.9% annual pace in February and probably surged at an even faster pace in March. Gasoline prices jumped 38% during the 12-month period, while food rose 7.9% and shelter costs were up 4.7%, according to the Labor Department.

There’s also a psychological factor in the equation: Inflation is thought to be something of a self-fulfilling prophecy. When the public thinks the cost of living will be higher, they adjust their behavior accordingly. Businesses boost the prices they charge and workers demand better wages. It becomes a rinse-and-repeat cycle that can drive inflation ever higher.

That’s why Fed officials not only have approved their first rate hike in more than three years, but they also have talked tough on inflation, in an effort to dampen future expectations.

Most recently, Fed Governor Lael Brainard — long a proponent of lower rates — delivered a speech Tuesday that stunned markets when she said policy needs to get a lot tighter.

It’s a combination of these approaches — tangible moves on policy rates, plus “forward guidance” on where things are headed — that the Fed hopes will bring down inflation.

“They do need to slow growth,” said Mark Zandi, chief economist at Moody’s Analytics. “If they take a little bit of the steam out of the equity market and credit spreads widen and underwriting standards get a little tighter and housing price growth slows, all those things will contribute to a slowing in the growth in demand. That’s a key part of what they’re trying to do here, trying to get financial conditions to tighten up a bit so that demand growth slows and the economy will moderate.”

Financial conditions by historical standards are currently considered loose, though getting tighter.

Indeed, there a lot of moving parts, and policymakers’ biggest fear is that in tamping down inflation they don’t bring the rest of the economy down at the same time.

“They need a little bit of luck here. If they get it I think they’ll be able to pull it off,” Zandi said. “If they do, inflation will moderate as supply-side problems abate and demand growth slows. If they’re unable to keep inflation expectations tethered, then no, we’re going into a stagflation scenario and they’re going to need to pull the economy into a recession.”

(Worth noting: Some at the Fed don’t believe expectations matter. This widely discussed white paper by one of the central bank’s own economists in 2021 expressed doubt about the impact, saying the belief rests on “extremely shaky foundations.”)

Those around during the last serious bout of stagflation, in the late 1970s and early 1980s, remember the impact well. Faced with runaway prices, then-Fed Chair Paul Volcker spearheaded an effort to jack up the fed funds rate to nearly 20%, plunging the economy into a recession before taming the inflation beast.

Fed officials want to avoid a Volcker-like scenario. But after months of insisting that inflation was “transitory,” a late-to-the-party central bank is forced now to tighten quickly.

“Whether or not what they’ve got plotted out is enough, we will find out in time,” Paul McCulley, former chief economist at bond giant Pimco and now a senior fellow at Cornell, told CNBC in a Wednesday interview. “What they’re telling us is if it’s not enough, we will do more, which is implicitly recognizing that they will increase downside risks for the economy. But they are having their Volcker moment.”

To be sure, recession odds for now appear low, even with the momentary yield curve inversion that often portends downturns.

One of the most widely held beliefs is that employment, and specifically the demand for workers, is just too strong now to generate a recession. There are about 5 million more job openings now than there is available labor, according to the Labor Department, reflecting one of the tightest jobs markets in history.

But that situation is contributing to surging wages, which were up 5.6% from a year ago in March. Goldman Sachs economists say the jobs gap is a situation the Fed must address or risk inflation persisting. The bank said the Fed may need to take GDP growth down to the 1%-1.5% range to slow the jobs market, which implies an even higher policy rate than the markets are currency pricing — and less wiggle room for the economy to tip into at least a shallow downturn.

‘That’s where you get recession’

So it’s a delicate balance for the Fed as it tries to use its monetary arsenal to bring down prices.

Joseph LaVorgna, chief economist for the Americas at Natixis, is worried that a wobbly growth picture now could test the Fed’s resolve.

“Outside of recession, you’re not going to get inflation down,” said LaVorgna, who was chief economist for the National Economic Council under former President Donald Trump. “It’s very easy for the Fed to talk tough now. But if you go a few more hikes and all of a sudden the employment picture shows weakness, is the Fed really going to keep talking tough?”

LaVorgna is watching the steady growth of prices that are not subject to economic cycles and are rising just as quickly as cyclical products. They also may not be as subject to the pressure from interest rates and are rising for reasons not tied to loose policy.

“If you think about inflation, you have to slow demand,” he said. “Now we’ve got a supply component to it. They can’t do anything about supply, that’s they may have to compress demand more than they normally would. That’s where you get recession.”