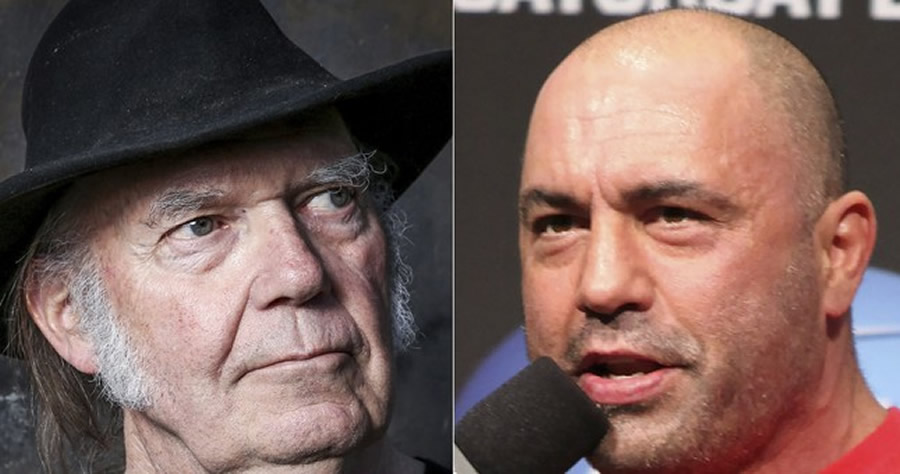 This is getting beyond embarrassing. At the same time, it’s showing that the efforts to cancel Joe Rogan are crashing against a solid wall of stone. It’s not going anywhere. The n-word ICBM was also launched recently, with clips of the UFC commentator, podcaster, actor, and comedian using that slur in a compilation video. It’s had zero effect. Rogan did apologize, but also added that this is a hit job. He’s right. There are hordes of liberals caught using that word—a lot. Yet, this latest front in the war on Rogan was opened when the COVID misinformation scheme failed.

Neil Young demanded his music be pulled from Spotify over Rogan’s podcast. If this was a threat, and it looks like it was, the choice was simple—Joe Rogan. Other crusty musicians who haven’t released a hit since the Carter presidency also demanded that their music be removed. A host of other podcasters, a confederation of randos, also demanded their episodes be removed. Spotify shrugged. See you later. They were jettisoned. Now, Young is making new demands, urging the employees of the streaming service to quit (via Fox Business):

Neil Young, the rocker who has been vocal in his criticism of Spotify for allowing Joe Rogan to promote what he sees as COVID-19 misinformation, posted on his website that employees there should leave before the company eats their souls.

Young was evidently unimpressed with the letter that Daniel Ek, the CEO of Spotify Technology SA, sent to employees that attempted to strike a balance by supporting his top star while acknowledging employee concerns about how the podcast impacts them. Besides allegations of spreading COVID-19 misinformation, Rogan faced new criticism for using the N-word in the past.

“To the workers at SPOTIFY, I say Daniel Ek is your big problem—not Joe Rogan,” Young’s message read. “Ek pulls the strings. Get out of that place before it eats up your soul. The only goals stated by EK are about numbers—not art, not creativity.”