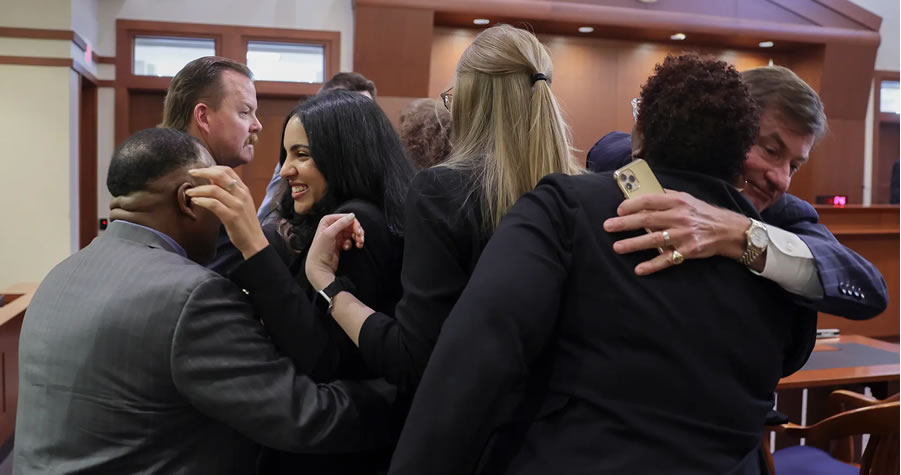 “The case was going to rise and fall on her credibility more than any nuanced legal question. And she just did not make it through the trial with her credibility intact,” said former California judge Halim Dhanidina.

“The fact that she emerged from cross examination in essence defeated without any remaining credibility — that was the lynchpin in the case for me,” he said.

Dhanidina, who is also a current Los Angeles criminal defense attorney, said jurors likely thought the 36-year-old actress was lying about the abuse she claimed to have suffered at the hands of the 58-year-old “Pirates of the Caribbean” star.

The jury ultimately thought, “She was lying about [Depp] on purpose because she had a bone to pick with him. And that, to me, is the take away on this trial,” Dhanidina said.

“The jury found her to be either inauthentic, overacting or not deserving of empathy,” said Ahouraian, whose clients include actors, directors and writers.

“A lot of Heard’s emotional cues on the witness stand didn’t line up with her testimony. She would get very impassioned at weird times or make awkward attempts to connect with the jury by speaking to them directly,”she said.

It also hurt her case that she failed to keep her story straight during some points of the trial, Ahouraian said.

“She also was caught in far too many inconsistencies, making it hard to know which parts to believe and which parts to disbelieve. Even if there was some truth to her statements, her own testimony, and her own words documented in audio recordings, hurt her more than anything in this trial,” Ahouraian said.

“Depp’s lawyers did an incredible job of highlighting this,” she said.