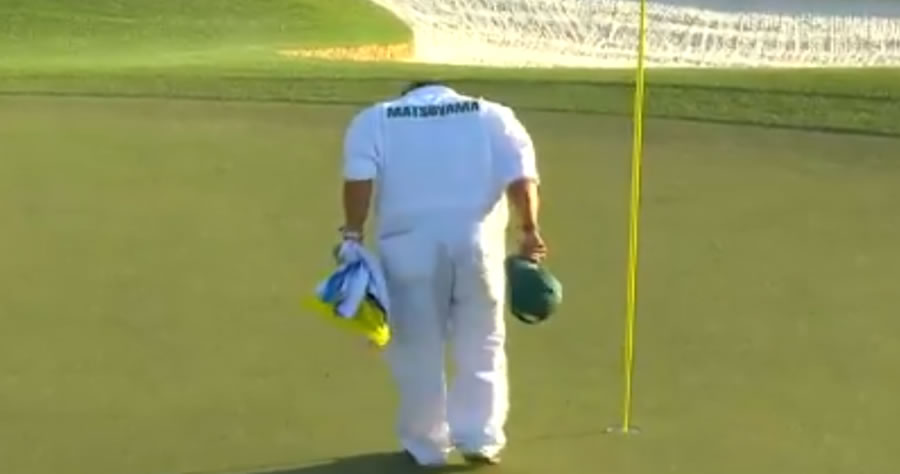 Hideki Matsuyama made history on Sunday, becoming the first Japanese man to win a major championship. His caddy, Shota Hayafuji, played a major role in that win, and he found a way to pay tribute to the great Augusta National golf course during a long-held caddy tradition.

The moment came after Hayafuji collected the flag from the 18th green, which is a tradition for caddies whenever their golfer wins a tournament. When he was returning the flag pole to the hole, he made a small gesture that communicated a lot of emotion. You can watch it play out in the video below.

After the flag pole was placed back into the hole, Hayafuji took off his hat and gave a small bow to the course. It was a lovely moment, and it’s even more meaningful with some additional context: Matsuyama’s legendary Masters win was his first with Hayafuji as his caddy.

It’s common in Japan for competitors to offer this tribute to the course, the pitch, the field and their fellow competitors.

So much respect for Augusta. pic.twitter.com/lRyhMtNOlf