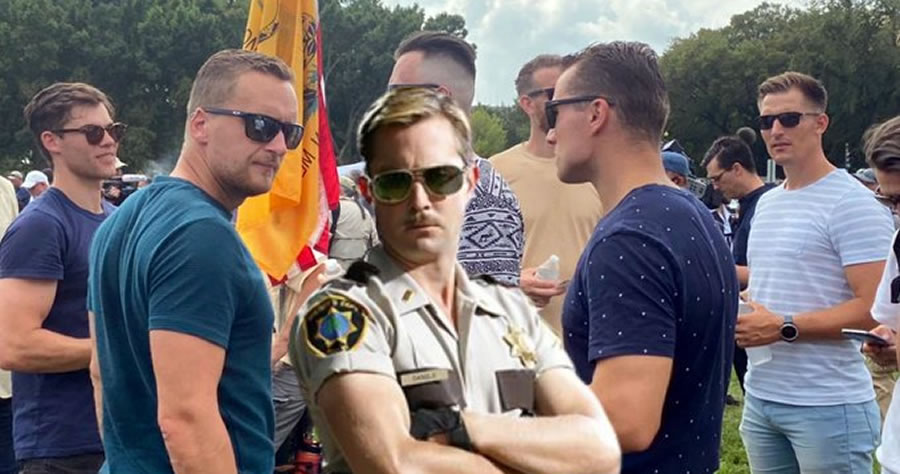 Did anyone really show up for that super scary far-right rally on Saturday? The “Justice for J6” rally was supposed to be ‘insurrection part II: endgame.’ The barricades were set up again around the US Capitol. The police were everywhere; they were decked out in full-blown riot gear. They were prepared this time. They were prepared…for the media? Yeah, typical elite media whiff here. There were more media members than actual protesters. The threat was exaggerated. The liberal media may not know this yet, but even prior to January 6—the far right in America is…not big. There are probably more people watching a WNBA game than there are members of the far-right that the liberal media thinks are on the cusp of taking over everything in America. At any rate, the rally was a dud (via WaPo):

The most anticipated visit by right-wing activists to the nation’s capital since a mob stormed the U.S. Capitol on Jan. 6 ended with a whimper Saturday, as demonstrators supporting the rioters found themselves far outnumbered by police, journalists and counterprotesters.

Although the protesters returned to the scene of a historically grievous attack on American democracy, it was immediately obvious that much had changed. The Capitol grounds — where poorly prepared police fought a losing, hand-to-hand battle against President Donald Trump’s supporters just over eight months ago — were secured Saturday with metal fences and hundreds of officers. The halls of Congress were all but deserted. No president, or former president, delivered a bellicose speech urging that his election loss be overturned.

Police made just four arrests throughout the day, seizing two weapons. The relative peace and quiet was a welcome turn for the U.S. Capitol Police, whose leaders endured blistering criticism in the months after Jan. 6 for inadequate security.

This was known to everyone but the establishment media. We all knew this wasn’t going to be a big deal. The photo of the undercover federal agents at the rally trying to blend into the crowd was the highlight of the event. The picture says it all–and it generated some grade-A memes and commentary.

HELLO FBI undercover at a MAGA rally – where did they go astray?