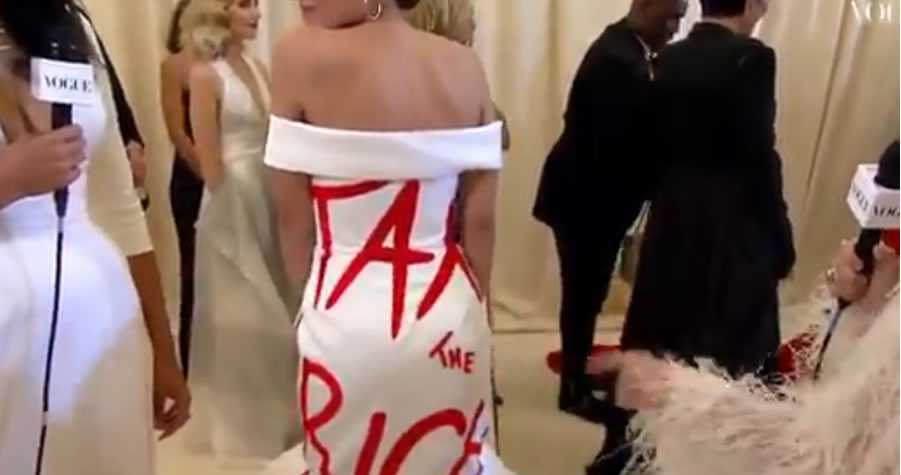 On Thursday, Boebert (R-Colo.) shared a photo on Twitter of her wearing the red dress while posing next to former President Donald Trump — with her back to the camera to better show the white-lettered statement running down the back.

“It’s not a phrase, it’s a movement,” she wrote in the tweet.

“Let’s go, Brandon” has massively gained popularity among Republicans in recent weeks as a snub to Biden.

The phrase was first picked up after an NBC Sports reporter said NASCAR fans chanting “F— Joe Biden” last month were actually shouting in support of driver Brandon Brown. The phrase has since been printed on shirts, hats and even gun parts.

Boebert’s dress caught the eye of some, who compared it to socialist darling Rep. Alexandria Ocasio-Cortez’s dress from the Met Gala two months ago. 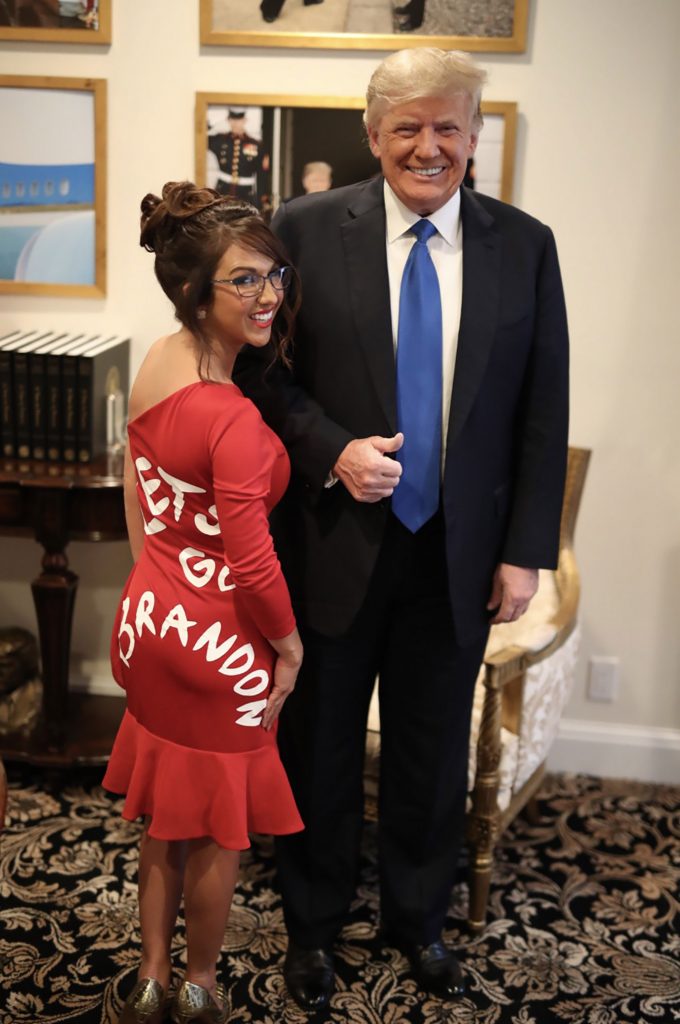