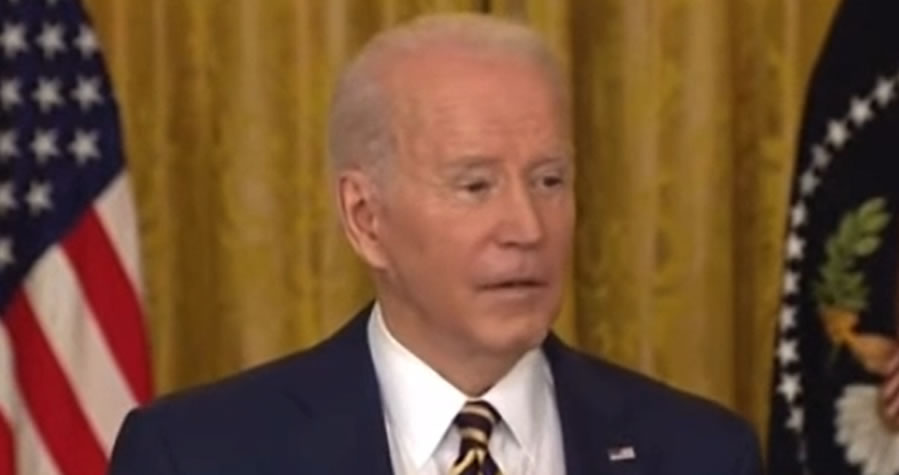 Congressional Republicans are criticizing President Biden for not including Russian oil in the flurry of U.S. sanctions impose on the country after leader Vladimir Putin last week invaded Ukraine.

Among the most critical is Indiana GOP Rep. Jim Banks who is circulating a lengthy memo to House Republicans that was obtained by Politico and sharply critiques what he’s calling the president’s “assault on domestic energy producers.”

“While Biden has finally taken steps to ramp up economic pressure on Russia, he did so after Europe first stepped up its sanctions,” he argues in the memo. He also exempted Russia’s energy sector from American sanctions.”

Which Side Is This President On?

Banks in the memo says he president has crippled U.S. energy producers with measures like the discontinuation of the Keystone XL Pipeline, while simultaneously handing Putin upwards of $70 million a day for Russian energy – which accounts for roughly 10% of the U.S. energy supply.

However, Biden sanctioning or banning Russia oil would result in U.S. gas prices surging even higher than they now are.

“Putin’s war of aggression in Ukraine is an energy war. And, thanks to Joe Biden, America is unprepared to fight it. We are energy vulnerable,” Banks argues in the memo.

“The Biden administration must work with allies to hit Putin where it hurts: the energy sector. The U.S. continues to import an average of 209,000 barrels per day (bpd) of crude oil and $500,000 bpd of other petroleum products from Russia, which continue to provide Putin with billions of dollars to offset the effect of sanctions. Canada has already announced that it will ban imports of crude oil from Russia.”

The GOP  argument also appears to be gaining bipartisan support.