‘His Handlers Are Petrified’: Basement Biden Has Officially Gone Over 100 Days without Doing Any Mainstream Media Interviews 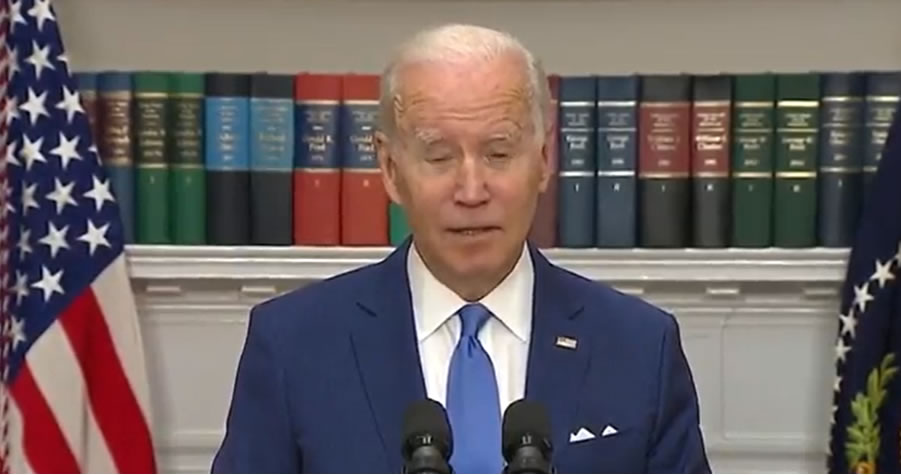 President Biden has officially gone over 100 days without doing any mainstream media interviews, during which time a multitude of new crises and debates have gripped the country and the world.

Biden’s last media interview was his pre-Super Bowl appearance on Feb. 10 with NBC’s Lester Holt, which remains his only one-on-one interview with a mainstream journalist in 2022 to date. To get a sense of how much news has struck the country since that time, that was two weeks before Russia invaded Ukraine.

Holt and Biden covered Democratic governors and their state coronavirus policies, the “tense standoff” at the time between Russia and Ukraine, the chaotic withdrawal of troops from Afghanistan and inflation, among other topics.

The only two other interviews Biden has participated in since then were friendly sit-downs in late February with historian Heather Cox Richardson and progressive YouTube host Brian Tyler Cohen.

“If you don’t do an interview in 102 days, that shows that his handlers are petrified he’ll say things like he just said about defending Taiwan, for example, because that requires a cleanup on aisle five,” Fox News contributor Joe Concha told “Fox & Friends First” Monday, referencing Biden’s remarks that the U.S. would defend Taiwan militarily if it was attacked by China.

Concha noted 2022 is an election year and Democrats face a potentially dire November, according to recent polls.

“You would think that the commander-in-chief would be sat down somewhere, anywhere, maybe somewhere friendly that could at least give him a platform,” he said. “You just get the feeling that the president’s handlers now at this point think that it’s probably going to do more harm than good if he does an interview, and that’s pretty scary when you consider that again, this is the leader of this country. He should face questions and accountability, and they just don’t want to put him out there, for whatever reason.”

Biden had previously reached historic lows regarding the number of media interviews he gave in his first year in office, which has only carried on into his second year. He has only done 23 press interviews from January 20, 2021, through April 29, 2022, compared to Donald Trump’s 95 and Barack Obama’s 187 at the same point in their presidencies, according to data from Towson University’s White House Transition Project.

Former White House Press Secretary Jen Psaki repeatedly shrugged off criticisms that Biden doesn’t do enough interviews, pointing to the impromptu questions he frequently takes from reporters on a daily basis. But those spontaneous moments with the press rarely allow the president to be asked follow-up questions like a traditional sit-down interview would.

Since his last media interview, Biden has been hit with major challenges from the Russia-Ukraine war, continued record inflation, looming fears of a recession, soaring gas prices, the immigration crisis at the southern border and the devastating baby formula shortage.

BIDEN HAS DONE ONLY ONE MEDIA INTERVIEW SO FAR IN 2022

The leak of a majority draft opinion earlier this month that would overturn Roe v. Wade was another major story to break during Biden’s media interview blackout. An internal memo from the Department of Homeland Security is already warning of potential violence that could break out if the landmark abortion ruling is indeed overturned.

Additionally, coverage of his son Hunter Biden, who is under federal investigation for his tax affairs, has been gaining steam among legacy media outlets who’ve shed light on his overseas business dealings.

Biden has still made headlines in remarks to reporters, particularly with his off-the-cuff remarks. In March, the president caused an international firestorm during his speech in Warsaw, Poland, when he declared that Russian President Vladimir Putin “cannot remain in power,” something the White House immediately walked back.

Earlier this month, the president went viral after he reminisced about “the old days” when he broke bread with “real segregationists” while making remarks decrying the lack of bipartisanship on Capitol Hill.