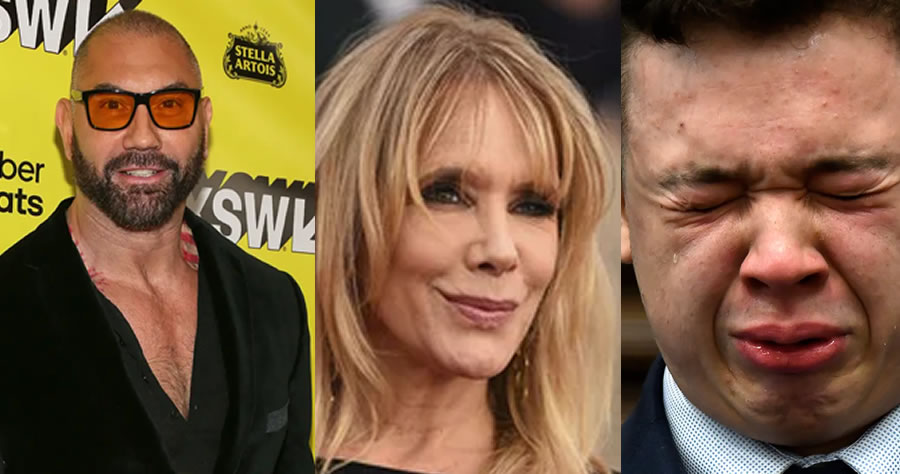 Left-wing Hollywood celebrities and elites are piling on Kyle Rittenhouse after the 18-year-old on trial in Kenosha, Wisconsin, broke down on the witness stand Wednesday — calling him a “terrible fucking actor” and claiming he is benefitting from white male “privilege.”

They are also attacking Kenosha County Circuit Judge Bruce Schroeder for repeatedly admonishing the prosecution, claiming he is biased and even “deplorable.”

“Kyle Rittenhouse is a murderer. The End,” Arquette proclaimed.

Rittenhouse’s lawyers have argued he acted in self-defense when he shot and killed two men, then wounded another last year while he was defending businesses in Kenosha from BLM rioters. Gaige Grosskreutz, a witness for the prosecution, admitted under oath that Rittenhouse only shot him when he pointed a pistol at the teen and advanced toward him.

As the trial appeared to overwhelmingly favor Rittenhouse, celebrities have shifted into overdrive, attempting to sway public opinion that Rittenhouse is a “murderer.”

Kyle Rittenhouse is a murderer. The End .

If you want to see how justice often leans hard toward privilege, watch the judge in the Rittenhouse case. A deplorable example, indeed.

This is how the first take of a crying scene can look. Weeks of anxiety to push the tears out and you come up empty. https://t.co/OIC7RPBOsS