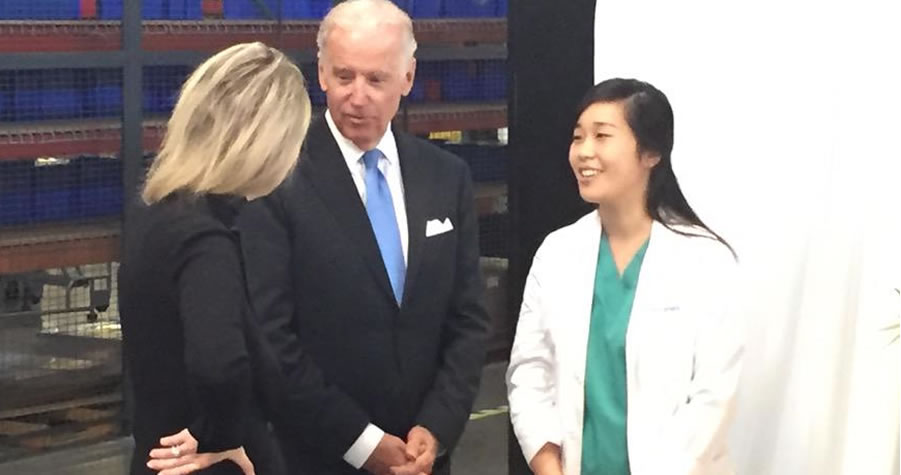 A Federal Jury has found Elizabeth Holmes guilty of four counts of wires fraud. The jury in San Jose found that she deceived investors into sinking more than $945 million into her faulty blood testing machines.

The former Theranos CEO is facing up to 20 years in jail – with each count of her sentence likely to be served concurrently. She is expected to appeal.

Holmes, whose company falsely claimed to be able to conduct wide-ranging and revolutionary life-saving tests using only tiny drops of blood, was found guilty on Monday on one federal charge of conspiracy to defraud investors and three counts of wire fraud. She faces up to 20 years in prison per count.

Balwani’s trial is scheduled to begin later this month.

Theranos touted Biden’s July 23, 2015 visit to its headquarters in a lengthy press release, calling it “A New Era of Preventive Health Care” summit. Both the company and Biden repeatedly posted on Twitter about the event.

"Information is the lifeblood of research." -VP Biden on innovation in health care today at the Theranos manufacturing facility

“Talk about being inspired,” Biden said at the time, though he turned down the chance to have his blood drawn. “This is inspiration. It is amazing to me, Elizabeth, what you’ve been able to do.”

Today, we are greatly honored to welcome @VP Biden to Theranos.