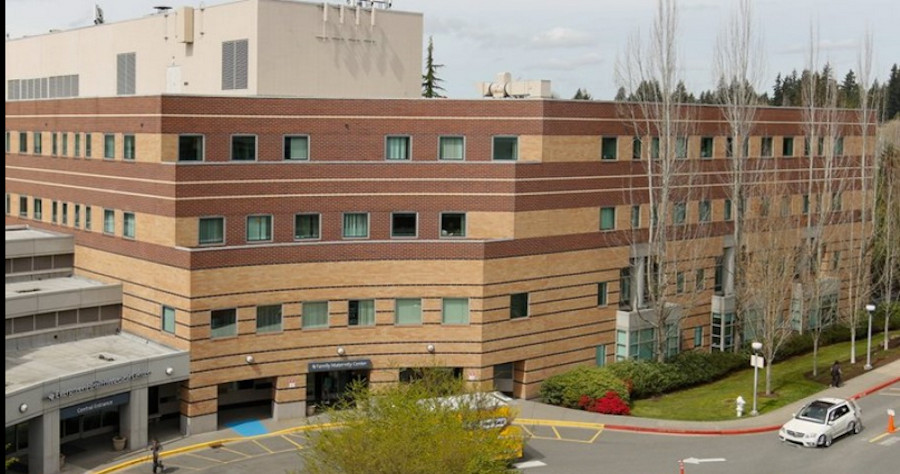 The EvergreenHealth Medical Center in Kirkland, WA may change the name of its Family Maternity Center. Some staff claim “maternity” is not gender-inclusive enough for “birthing people” who do not identify as women.

According to a memo obtained by the Jason Rantz Show on KTTH, some claim the Family Maternity Center “does not emanate inclusivity.” They argue that “all types of people give birth.” Consequently, the staff at the center are engaged in meetings to come up with a new, more inclusive name. But it’s not without controversy.

Employees spoke up at a recent meeting, complaining that it’s pushing unhappy staffers to reconsider working for the hospital. The meeting was recorded by a concerned staff member and provided to the Jason Rantz Show on KTTH. Those on the digital meeting were also told the meeting was being recorded.

Not only women give birth, according to medical professionals

The memo announcing the name change idea was sent by four EvergreenHealth leaders. They explained that staff members and patients reached out with concern that the Family Maternity Center was too centered on women. This needed to change.

“It has come to Leadership’s attention from both staff and patients that our name, Family Maternity Center, does not emanate inclusivity. All types of people give birth,” the memo claims. “People who identify as women give birth. People who identify outside the gender binary give birth. People with non-traditional family structures give birth. Not all our birthing patients identify as moms or with maternity care. The healthcare system in general and reproductive health in particular have a long way to go to become truly inclusive of all this variety. How exciting that Evergreen’s core vision is to create an inclusive community health system!”

The memo explains that “change is hard,” but they will host Naming Task Force meetings to discuss the issue as a group. The goal was to come up with three to five name suggestions. But not everyone was excited.

A decision had been made before the meeting

The meeting featured one of the memo’s authors, RN Jacquiline Blanco, taking a leading role. She called the meeting a “brave face conversation,” which she said is the new term for “safe space.”

According to Blanco’s LinkedIn profile, her goal is to “empower womxn, girls, birthing persons, female-identifying and non-binary folks through the provision of holistic and compassionate women’s healthcare.” It came as little shock when she pushed for the name change.

“I also want to just establish that I really strongly believe changing a name to gender-inclusive language really does affirm our commitment to the care of the whole family and inclusive language can really support practices of awareness to the needs of all families, which are extremely varied,” Blanco said.

Blanco explained that the center’s orientation around “maternal care” is a “very gendered term.” She said that “some of our patients do not identify within the confines of traditional binary gender — woman, man.”

“And so they might be gender expansive, or gender non-conforming,” she added. “And that goes for staff and providers as well, and so there is a feeling of exclusivity that comes with some of those very gendered terms.”

But not everyone was supportive.

The hospital’s leftwing drift into political positions and woke ideology has, apparently, turned staff off. Some are leaving as a direct result.

“People are clearly upset about this decision to change our name,” one staffer said during the meeting. “And it’s kind of the straw that’s breaking their back. More people are now talking about leaving because they don’t want to be a part of this anymore. I’m concerned that something like this is going to cost us even more staff. I don’t know if now is the appropriate time to be doing that when we are hurting so bad.”

Another staffer complained about bringing an “agenda … that we knew would divide our staff” to the name change announcement.

The third staff member to speak noted that the name change erases a woman’s exclusive ability to give birth.

Pushing back through tears

One nurse, who has been with EvergreenHealth since 1998, struggled to get through her comments as she fought back tears.

To her, this was personal. And she wanted her colleagues to know that her “loyalty” to the current name isn’t the result of bigotry. She just doesn’t understand why anyone could claim the Family Maternity Center was exclusionary.

“I like to think of myself as a very inclusive person,” she started. “I love everybody. And I want everybody to be comfortable. I want my patients to want to be here. But somebody who’s been here for so long as part of the Evergreen community, my ties are super loyal. And I really have a lot of pride in the name that the Family Maternity Center has been known to be throughout the country in the name we’ve made for ourselves under that title.”

“Family and maternity. I just was having a hard time understanding how that’s not inclusive,” she continued.

‘All types of people’ give birth

There weren’t many on the call who voiced their support, but a few did. One staff member claimed more than just women give birth.

“I think a suggestion can be Evergreen Family Birth Center. I do have a hard time with the maternity name as the Family Maternity Center. And again, not taking away from people who feel that women only have this magical superpower of giving birth. I feel that all types of people have this superpower. And I don’t think that these people, who are also referred to as ‘birthing people,’ should feel less than.”

Another staff member said it was “jarring” when she first started thinking about gendered language lacking inclusivity. But then she had a change of heart.

Blanco and the three other memo signatories seemed eager to make the change.

Originally, they told staff that given the current renovation project underway at the center, “the time is perfect to establish a more current, patient-focused name for our unit.”

After pushback to the name change, EvergreenHealth started to walk back the seeming inevitability of the name change. A follow-up email went out by one of the original memo authors, RN Tessie Foley.

“For clarity, no decisions have been made at this point,” she wrote.

A spokesperson emailed the Jason Rantz Show on KTTH with the same message.

“The EvergreenHealth Family Maternity Center is currently undergoing a renovation. As part of this upgrade, we are considering renaming the center. We will hear from many voices as we thoughtfully consider the best name for these services,” the spokesperson claimed.

But the spokesperson would not answer any specific questions on why they thought the current name was not gender-inclusive.

The woke push for a gender-inclusive name is worrisome

Listening to nurses — medical professionals — pretend women aren’t the only gender to give birth is worrisome.

There’s a way to be respectful of people with different gender identities without pretending that a chosen identity changes one’s biology. It does not.

Males do not have ovaries. If a transgender male comes in for medical care for what turns out to be complications from ovarian cysts, a doctor doesn’t pretend they don’t exist because the patient presents as a male. Men cannot get pregnant.

Biology matters. Acknowledging this is not bigoted; it’s believing in science. It doesn’t mean one is dismissing a chosen identity either. A pregnant transgender male (pregnant because the patient is biologically female) will still be medically treated as a female, even if they are addressed with male pronouns.