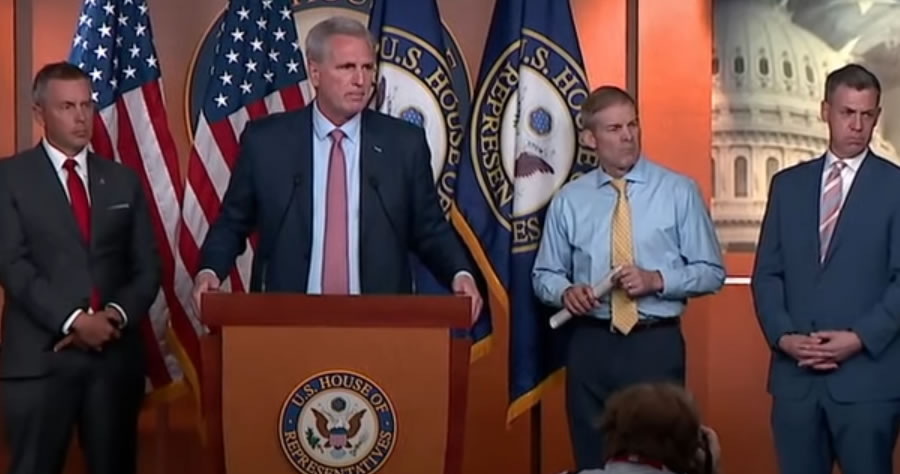 House Minority Leader Kevin McCarthy (R-Calif.) has decided not to participate in the select committee investigating the Jan. 6 riot on the Capitol, yanking all of his GOP picks in protest of Speaker Nancy Pelosi’s (D-Calif.) decision to reject two top Republicans.

“Unless Speaker Pelosi reverses course and seats all five Republican nominees, Republicans will not be party to their sham process and will instead pursue our own investigation of the facts,” he said in a statement.

A Pelosi spokesman quickly shot down the possibility that Pelosi might reverse course.

“No, you have our statement,” said spokesman Drew Hammill.

McCarthy’s remarkable announcement came less than an hour after Pelosi had announced her refusal to seat two of McCarthy’s recommended choices for the select committee: Reps. Jim Jordan (R-Ohio) and Jim Banks (R-Ind.).

“This represents an egregious abuse of power and will irreparably damage this institution,” he said in his statement. “Denying the voices of members who have served in the military and law enforcement, as well as leaders of standing committees, has made it undeniable that this panel has lost all legitimacy and credibility and shows the Speaker is more interested in playing politics than seeking the truth.”