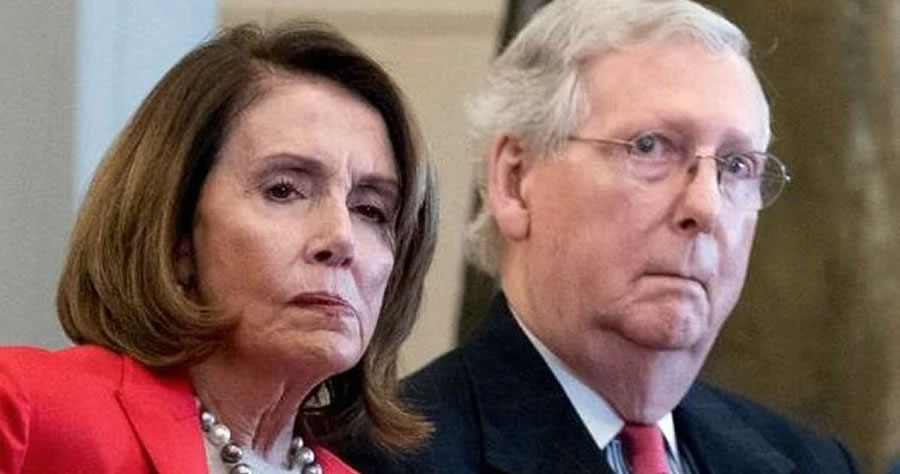 In another jaw-dropping dereliction of duty by our elected representatives, the US House of Representatives voted to approve a massive, pork-stuffed, $1.5 trillion omnibus spending package on Wednesday despite not having any time at all to review its nearly 3,000 pages of content.

The bill includes $13.6 billion in aid for Ukraine and European allies and will fund the federal government through to Sept. 30 if it is passed through the Senate later this week.

On Tuesday night, the Democrat-controlled House Rules Committee held a meeting in the dead of night at 1:30 am to finalize the $1.5 trillion spending package. After meeting for an hour, they released the final text of the bill just before 3:00 am, which gave lawmakers less than 12 hours to scramble and read its contents before the vote, which was set for 1:30 pm EST.

Most lawmakers, if not all of them, weren’t awake when the bill was released, so they did not receive it until the morning, leaving them with just a few hours before having to submit a decision.

Despite the last-minute release, the defense portion of the legislation passed 361-69, while the domestic spending portion passed 260-171, with one present vote, according to CBS News.

In a Twitter post on Wednesday morning, Rep. Marjorie Taylor Greene slammed House Speaker Pelosi and her ‘hand picked’ committee for the underhanded tactics as she announced the incident.

Literally in the DARK OF NIGHT, the Democrat controlled Rules Committee met at 1:30 am – 2:30 am and passed the HORRENDOUS $1.5 TRILLION Omnibus bill.

They did NOT tell anyone or announce this debate on the bill until after midnight!

We woke up to 2,741 pages and we vote today! pic.twitter.com/lUGTjwxBno