How Much Did Jury Intimidation Play a Part in the Chauvin Verdict? 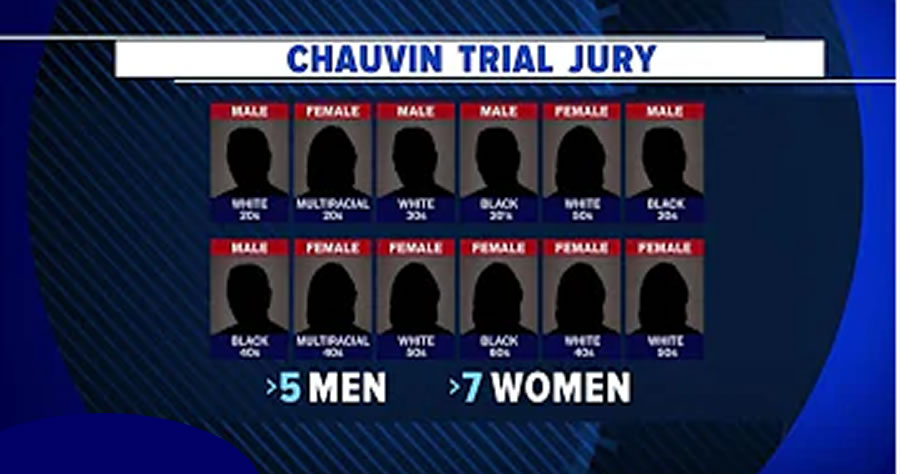 Insanity Wrap could very well understand a manslaughter conviction for Derek Chauvin. We aren’t sure if we would have voted to convict on that charge, but outsiders just aren’t privy to everything a juror sees and hears.

But murder? Even in the second? No. To our eyes that just doesn’t fit the facts that everyone was privy to.

Justice isn’t just the outcome. Much more than that, justice is the process.

It looks to Insanity Wrap like the process was corrupted.

Everyone knows about Congresscritter Maxine Waters and her wink-wink/nudge-nudge tribute to street violence if the “correct” verdict wasn’t reached — and never you mind that Chauvin wasn’t even up on the first-degree murder charge that Waters demanded.

What is probably worse is what the Minneapolis Star-Tribune chose to publish on Monday.

Linked above, reporters Paul Walsh and Hannah Sayle published bios of each of the jurors that come this close to doxxing them.

Can you imagine such a thing being published during a highly-publicized mob trial?

Insanity Wrap only discovered the report because it was promoted — and then savaged — on Twitter by the Strib‘s “public safety editor,” Abby Simons.

Derek Chauvin’s case is now with the jury for deliberations. Jurors 96 and 118 were dismissed as alternates. Here are bios for all of them: https://t.co/tYr79AR7tx