How Putin protects himself from assassins and coup plots 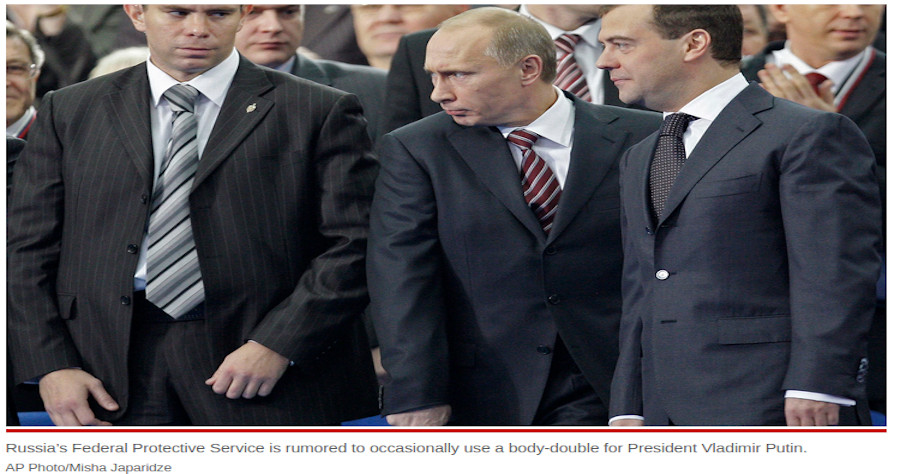 Bodyguards with bulletproof briefcases and high-powered pistols, look-alike stand-ins and food tasters are just some of the ways Russian President Vladimir reportedly protects himself from would-be assassins and coup plotters.

The potential threats against Putin, 69, were thrust into the spotlight Thursday when US Sen. Lindsey Graham (R-SC) called on “somebody in Russia to take this guy out” for ordering the deadly invasion of Ukraine.

But Putin, a former KGB agent who’s been in power since rising to power in 2000, is apparently obsessed with both his security and his health – protecting himself from assassins and avoiding COVID-19 at all costs, as demonstrated by the lengths to which he’s gone to avoid catching the virus.

Recent photos show him meeting with world leaders and even his own advisers at opposite ends of extremely long tables to maintain at least 20 feet of distance between them, and he donned a hazmat suit — complete with a full face respirator — before visiting a Moscow hospital treating coronavirus patients in April 2020.

Putin’s bodyguards — who call themselves his “Musketeers” — comprise a special unit within Russia’s Federal Protective Service, or FSO, which traces its roots to 1881, when Czar Alexander III surrounded himself with guards following the assassination of his father by a bomb-throwing revolutionary, according to The Economist.

Much of what’s been revealed about the elite Presidential Security Service comes from the “Beyond Russia” website, which is run by TV-Novosti, a state-funded operation that also oversees the embattled RT propaganda network.

The website says Putin’s bodyguards are hand-picked for qualities that include “operational psychology,” physical stamina and the ability to withstand cold and not sweat in heat.

Before Putin travels, advance teams scout out his destination months ahead of time, checking to see how the public will likely respond and even if the area could be affected by bad weather or natural disasters.

Wherever he’s going to stay gets inspected, jamming devices are installed to prevent remote detonation of bombs and technicians conduct electronic surveillance of cellphones and other devices in the area.

And when he steps out in public, four rings of security surround him, starting with his personal bodyguards, others hidden amid the crowd, still more ringing the perimeter and snipers perched on the surrounding rooftops.

In 2018, one bodyguard was recorded intervening when famed mixed martial artist Conor McGregor threw his arm around Putin’s shoulders as they posed for cameras at the World Cup soccer championship in Moscow.

A video posted on YouTube shows the man briefly stepping into view to fix McGregor with a steely gaze and gesture him to stop, prompting the fighter to quickly remove his arm and sheepishly fold his hands together. The FSO also reportedly has wide-ranging authority to carry out its operations and investigations, including by conducting electronic eavesdropping, opening mail, searching homes, seizing vehicles and detaining and interrogating suspects.

Putin’s bodyguards reportedly have to be replaced upon turning 35, but they can be rewarded with powerful new posts as regional governors, federal ministers, special services commanders and presidential administrators. 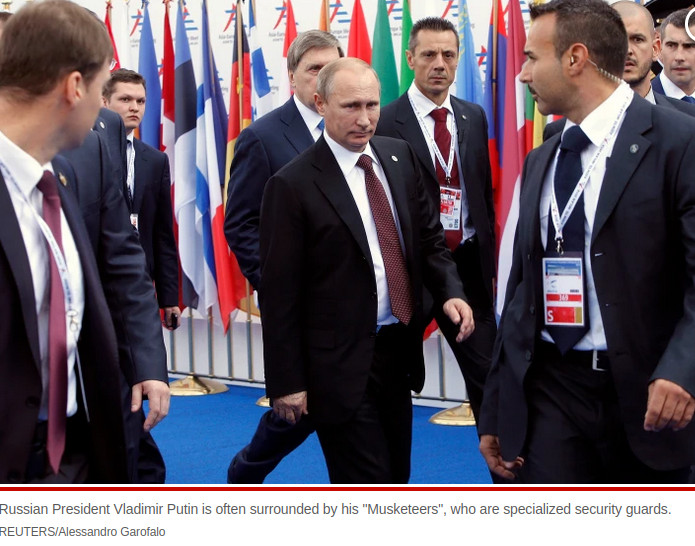 A 2018 expose by Russia’s independent Novaya Gazeta newspaper and the Organized Crime and Corruption Reporting Project also revealed how a giant Soviet-era poultry plant outside Moscow was appropriated and its valuable land was divvied up among high-ranking officers in the FSO and the Presidential Security Service.

Among those who benefitted from the scam were three former Putin bodyguards who were recorded flanking him during an official trip to Helsinki, Finland, in 1999, according to the report.

In 2016, Russia Beyond noted longstanding rumors that the FSO sometimes employed a “presidential body double” to ensure the safety of Putin, or “body No. 1.”

Putin later acknowledged that he was offered a stand-in when he made several trips to Chechnya when Russia was battling separatists there during the early 2000s, but he claimed during a 2020 interview to have “declined these body doubles” every time the subject came up.

Putin also has someone sample every meal he’s served to ensure he’s not being poisoned, according to the founder of the “Club des Chefs des Chefs,” a culinary organization whose members cook for heads of state and monarchs around the world.

“Tasters still exist but only in the Kremlin, where a doctor checks every dish with the chef,” Gilles Bragard told The Telegraph in 2012.