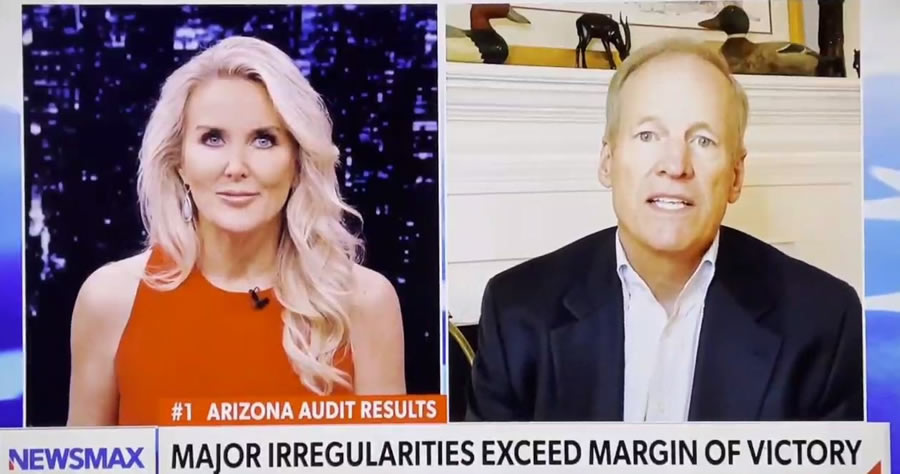 This is a huge development!
In Georgia, 1,900 ballots were counted from a single Zuckerberg dropbox over one weekend, but surveillance shows only 24 people dropping off all of these ballots. That’s nearly 75 ballots per operative!

Stuffing ballot boxes is a crime in Georgia as it should be everywhere.

Former Rep. Jack Kingston went on Newsmax on Tuesday and broke this news.

Former Rep. Jack Kingston: I know of one dropbox in Georgia that is being looked at. The dropbox averaged 6,000(?) ballots a day. Yet over Columbus Weekend, a three-day weekend, 19,000 (1,900) votes were counted. But surveillance shows that only 24 people went to the dropbox. You can’t have that kind of ballot harvesting in the state of Georgia. So we have to look into this.