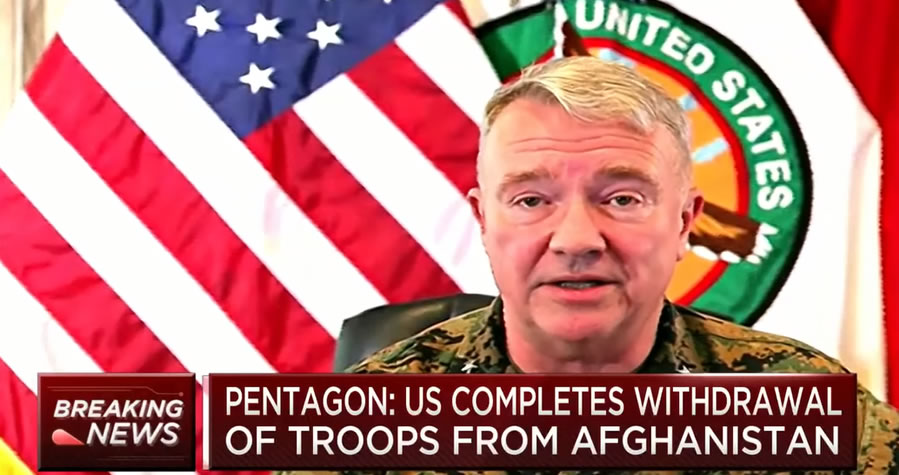 The last American evacuation flights have left Kabul’s international airport, ending the longest US war weeks shy of the 20th anniversary of its beginning — but with hundreds of American citizens left behind.

“The last manned aircraft is now clearing the airspace above Afghanistan,” McKenzie said.

The Associated Press reported that celebratory gunfire erupted across Afghanistan’s capital city early Tuesday as the Taliban marked the departure of US forces.

“We did not get out everybody we had wanted to get out,” McKenzie acknowledged, while saying that diplomatic measures would now need to be employed to get out the estimated “low hundreds” of Americans left on the ground.

He noted that “every single US service member” is now out of the country.

The Taliban celebrate the defeat of a superpower with gunfire in Kabul. pic.twitter.com/L1g0LHynPz