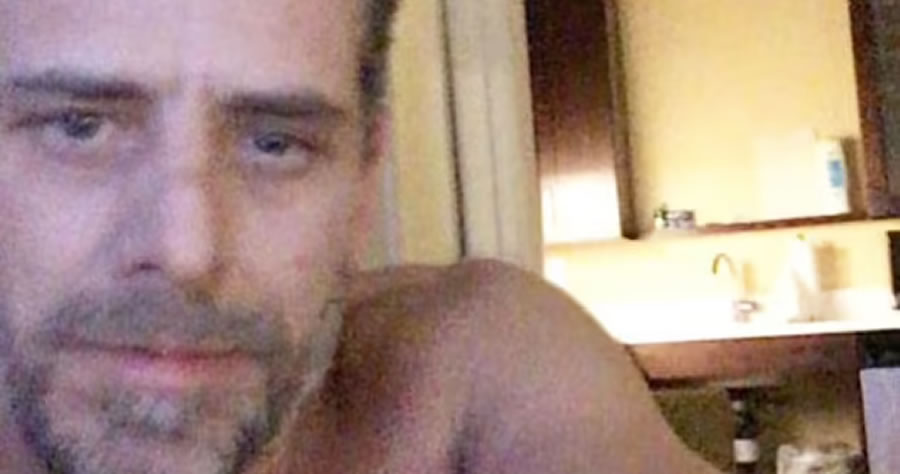 Hunter Biden claimed during a post-coital conversation with a woman identified by the Daily Mail as a prostitute that Russian drug dealers stole his laptop (not the one abandoned to a Delaware computer repair shop) during a Vegas bender where he nearly drowned in a hotel hot tub, according to footage unearthed by the tabloid.

The alleged incident would mean Hunter lost a total of three computers – the first abandoned at a Delaware computer store and the second seized by federal agents – each likely to hold sensitive information on President Joe Biden and the embarrassing pictures, videos and communications of his son.

The third laptop still appears to be missing – and was taken by Russian drug dealers after they partied with Hunter in Vegas, he told a prostitute in a conversation caught on camera.

After filming himself having sex with the woman using his laptop in January 2019, Hunter left the camera rolling as he recounted a Vegas bender in which he spent ’18 days going round from penthouse suite to penthouse suite,’ sometimes costing $10,000 a night.

‘I spent f***ing crazy amounts of money,’ Hunter said. ‘I was with these guys. The one guy was, not like you anyway… each night he’d be like ‘there’s going to be so many people here, crazy f***ing party’ and each night it’s nobody.’

Let’s take a moment to think how the Left would’ve reacted if @DonaldJTrumpJr confided in a prostitute that Russian drug dealers stole his sex filled laptop to blackmail him since his “dad was running for President”.

They would be rightfully outraged.