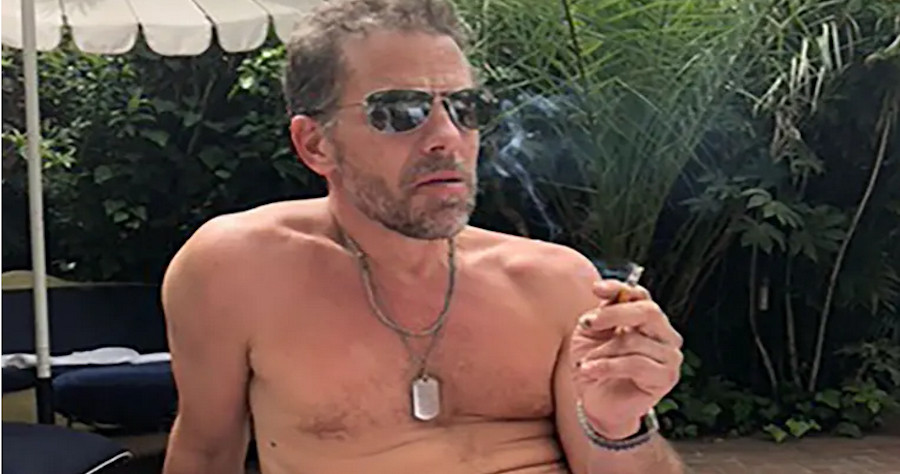 The phrase “Party Like a Rock Star” has been around for decades, and in 2007 the rap group Shop Boyz put out a hit single with that very title. For most of us, however, those five words were merely an expression. But when you’re the reprobate son of the Vice-President of the United States like Hunter Biden was, apparently that idiom was a way of life.

According to NBC News, based on findings from content found on the younger Biden’s infamous laptop, between the years 2013 and 2018 Hunter Biden “brought in about $11 million via his roles as an attorney and a board member with a Ukrainian firm accused of bribery and his work with a Chinese businessman now accused of fraud.”

Let’s first consider that amount for a moment. That’s an 8-figure haul for Biden over the course of six years working for the corrupt Ukrainian firm Burisma and the equally corrupt Ye Jianming, who was CEO of the Chinese oil and natural gas company CEFC and who was charged with “economic crimes” by Chinese officials in 2018. Receiving $11 million from two highly questionable sources such as Burisma and Jianming is eyebrow-raising enough, and should be cause for DOJ and Congressional investigations. Yet somehow Hunter Biden is currently only being investigated for tax evasion.

But let’s also consider what Biden did with that money. For most of us, $11 million would be more than enough to set us up for an extremely comfortable lifestyle for the rest of our lives. We’d be set. But for Hunter Biden, he apparently blew through that cash faster than it was coming in.

As reported by NBC News:

“Expenditures compiled on his hard drive show he spent more than $200,000 per month from October 2017 through February 2018 on luxury hotel rooms, Porsche payments, dental work and cash withdrawals.”

Spending more than $200,000 per month would put many rock stars to shame. If we were to get a statement from President Joe Biden and his Communications Department, or if somehow we could convince Hunter himself to offer a comment on the matter, they’d undoubtedly direct us to focus on the “dental work” aspect of Hunter Biden’s lavish spending, and would likely suggest he’d had really messed up teeth that needed to be fixed.

But it looks like that spending rate lasted for much longer than the five months of October through February. The NBC report goes on to offer this detail:

“Biden has admitted to burning through cash to pay for drugs and partying with strangers who routinely stole from him, and he struggled to pay multiple mortgages or keep up with alimony and child support payments to his ex-wife.”

“In a February 2017 divorce filing, an attorney for Biden’s ex-wife said the couple’s outstanding debts were ‘shocking and overwhelming’ and that they owed $313,000 in back taxes. According to the filing, they had bounced checks to their housekeeper and owed money to doctors and therapists. The filing alleged that Hunter Biden had spent copiously on drugs, strip clubs, prostitutes and girlfriends ‘while leaving the family with no money to pay legitimate bills.’”

Such a delightful gentleman, that Hunter Biden, isn’t he?

We’ve known about Hunter Biden’s debauchery for a while now, but what is eye-opening about the NBC News report is the magnitude to which his shenanigans rose. We suspected he had gone on extensive coke and prostitute binges, but to spend $11 million in six years? Where there’s smoke there’s fire, and for Hunter Biden, that smoke from his old crack pipes may have dissipated, but it’s looking increasingly likely that he’s got a dumpster fire ready to erupt regarding his recent past.