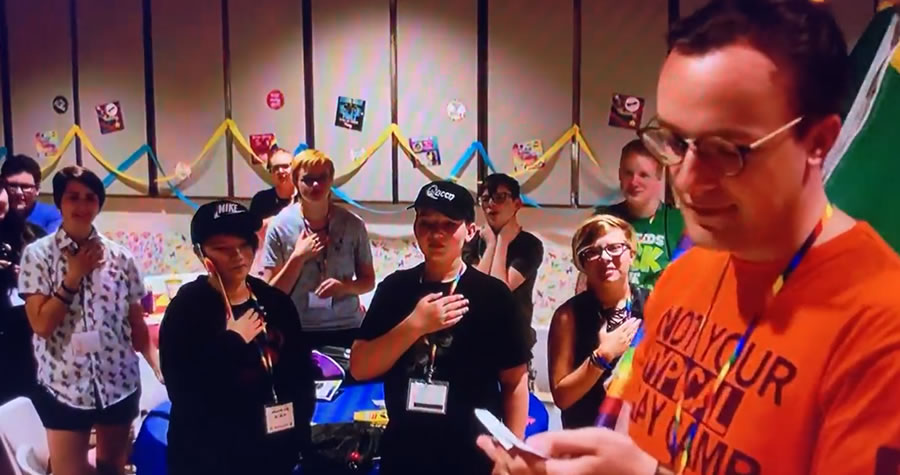 The “husband” of Transportation Secretary Pete Buttigieg is drawing fire from gay conservatives after he was filmed Ieading children in a pledge to the rainbow flag.
“I pledge my heart to the rainbow, the not so typical gay camp, one camp, full of pride, indivisible with affirmation and equal rights for all,” Chasten Buttigieg said as children repeated his words.

The Log Cabin Republicans of Richmond rebuked the transportation secretary’s spouse for what some might consider to be an act of grooming.
“Whatever this is, we don’t want it. Hands off, Chasten,” the group wrote on Twitter.

Most Americans pledge allegiance to Old Glory, not a gay pride flag.

Whatever this is, we don’t want it. Hands off, @Chasten. pic.twitter.com/qSUjgOMjwS