‘I Do Not Agree’: Jake Tapper Refuses To Play Along With Jimmy Kimmel’s Roast Of Fox News Reporter 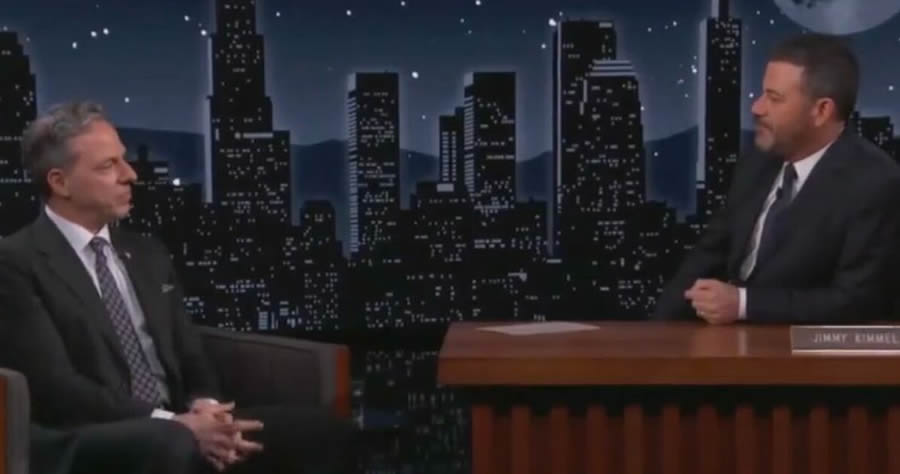 President Joe Biden was caught on a hot mic Monday calling Doocy a “stupid son of a bitch” during a White House press gathering in response to the Fox News reporter asking a question about inflation. When Kimmel asked Tapper whether Doocy is a “dumb son of a bitch,” the CNN anchor responded that no president should call a reporter names.

“I know you don’t usually give out opinions but that reporter, Peter Doocy, is he a dumb son of a bitch?” Kimmel asked.

“I don’t think any president should be calling any journalist a ‘dumb son of a bitch.’ And to be fair to Peter Doocy, the question was fairly anodyne…” Tapper said. “It would be like you calling me a ‘dumb son of a b*tch’ right now, caught on microphone. I mean, he was standing right in front of a microphone.”

Jimmy Kimmel: “Fox…says…you’re on Team Biden…yet, here you are, defending Peter Doocy, who…is indeed a dumb son of a bitch.”

Jake Tapper: “So, I do not agree…I recognize that Peter’s channel probably would never come to my defense like that, but it is what it is.” pic.twitter.com/GAdURGzeaR