If leftists thought they’d get an apology from actress Megan Fox for Trump comments, they were WRONG 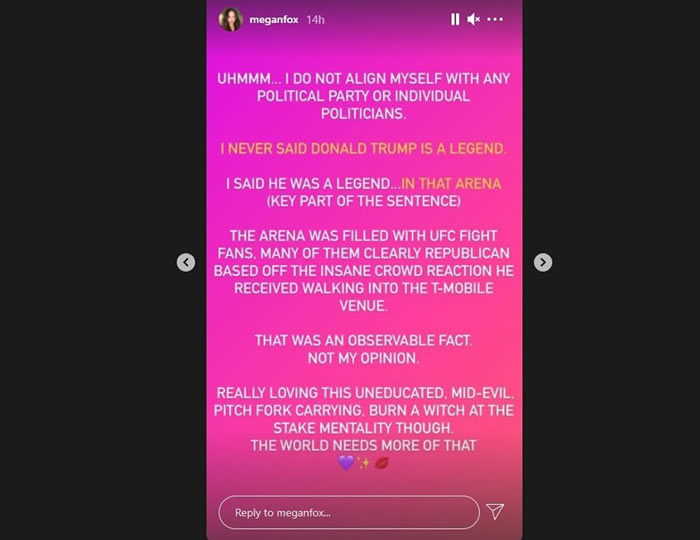 Self-described huge UFC fan Megan Fox is apparently unwilling to let the woke mob bully or cancel her for using the words “legend” and “Donald Trump” in the same sentence during an appearance on Jimmy Kimmel Live.

An apology, groveling or otherwise, is the usual Hollywood-required response when someone in the entertainment industry departs, even slightly, from the liberal narrative, but Megan Fox did not go there.

In underscoring that her comments did not constitute a political statement, the Transformers star posted a definitive Instagram story to her nearly 13 million followers.

The Fox social media message came in response to backlash in response to which she decried the “pitchfork” and “witch-burning” mindset of those apparently still suffering from Trump derangement syndrome.